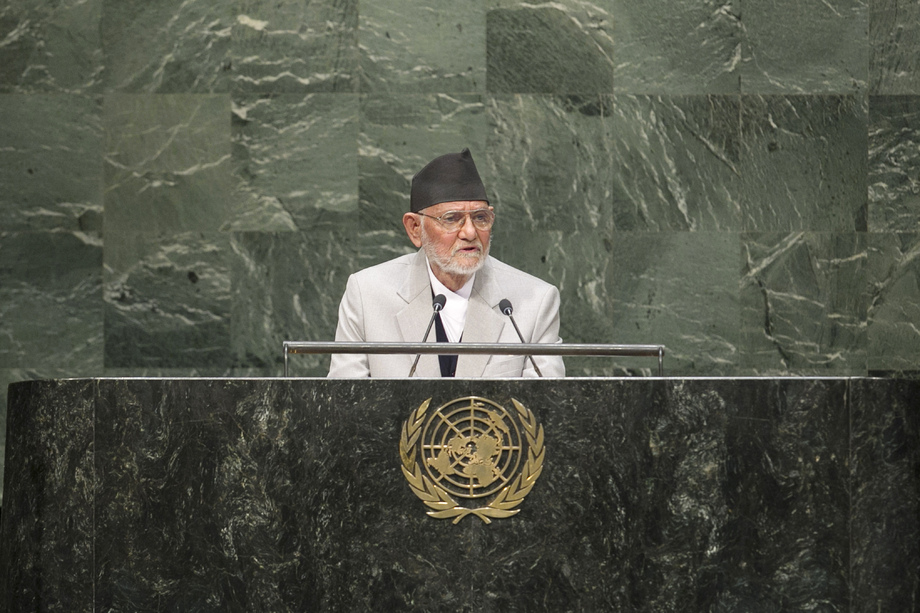 SUSHIL KOIRALA, Prime Minister of Nepal, said that terrorism was anathema to humanity, and was a serious threat to peace, security and development.  He shared concerns over the growing scourge of terrorism, extremism and religious fundamentalism and urged an early conclusion of the comprehensive convention on international terrorism and the effective implementation of the provisions of the United Nations Global Counter-Terrorism Strategy.  Terrorism could be better tackled under the aegis of the United Nations with a coordinated global response.

He said that peacekeeping had emerged as a central activity and innovative tool to deal with threats to peace and security.  Nepal was proud to have long contributed to United Nations peacekeeping operations in troubled parts of the world.  Nepal was the fifth largest troop contributor, and Nepalese blue helmets had been commended for performing extremely well in trying circumstances and would continue to participate, as well as to promote gender equality through women’s increased participation.

Speaking to other issues, he said that international peace and security could not be achieved amid the continuing arms race, and he was concerned by the lack of progress in major multilateral negotiations on the issue.  He also was concerned at the illicit trafficking in small arms and light weapons, and called on all member States to step up disarmament measures.  He also spoke to the Ebola epidemic, which had taken the form of a global public health emergency.  The United Nations and the WHO must address symptoms and root causes in a coordinated manner.

Nepal remained fully committed to the protection and promotion of human rights and had put the required institutional mechanisms in place, he said.  Nepal strongly believed in the universality, indivisibility, non-selectivity and interdependent character of all human rights, including the right to development.  He especially underlined the need to ensure the rights and well-being of migrant workers, and said it was necessary to define the roles and responsibilities of the countries of origin, transit and destination to safeguard migrants’ basic rights.

In its seven decades, the United Nations had been found to be the most successful when the letter and spirit of its Charter was honoured, he said.  Indeed, the real solutions to world problems lay in strengthening and extending the authority of the United Nations.