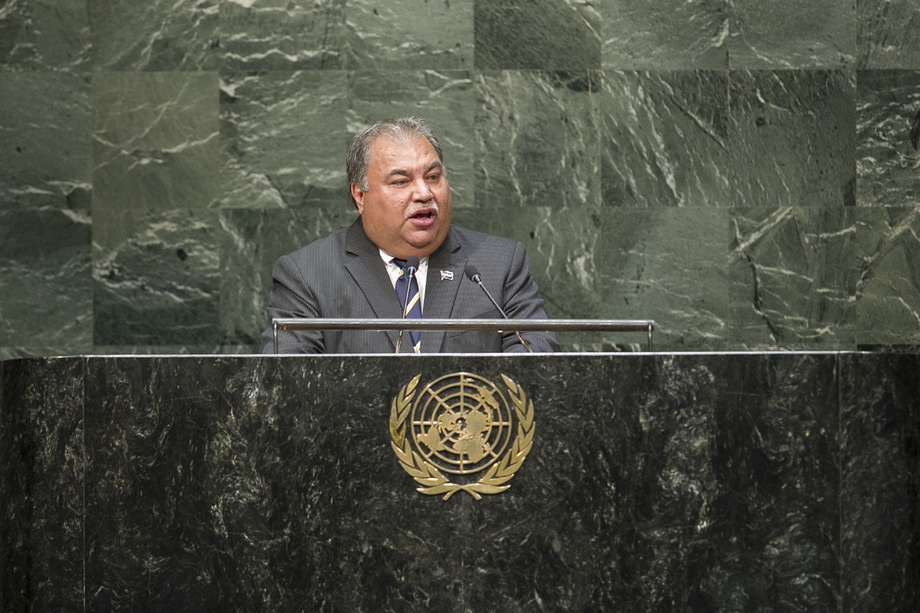 BARON WAQA, President of Nauru, said that meeting today’s challenges required recognition that “we live in an interconnected world and the actions of one country or region impact the lives of people half a world away”.  Reckless actions by nations had severely undermined the marine environment on which small island developing States depended — for their culture, economy and food.  At the same time, some of the countries responsible for the damage were also charged with assessing the well-being of that environment. “How can we be confident that our interests will be protected?” he asked, when those who downplayed and sometimes covered up their own transgressions demanded greater transparency and accountability from developing countries.

He said that finding lasting solutions to such problems required examination of failures in the global order, which prevented countries like Nauru from accessing fair economic benefits from their own resources.  Unable to stand by while others decided what was best for them, parties to the Nauru Agreement were taking the lead in managing their tuna stocks through such measures as curbing illegal fishing and sustainable harvesting.  The current approach to problems, where a donor’s political interests determined aid priorities, failed to address the underlying “disease”.  What was needed was long-term in-country engagement backed by real resources that left behind durable nationally owned domestic institutions.

Commending announcements made by world leaders at the Climate Summit on planned actions by their countries and corporations, he nevertheless believed that many of those actions would occur under some future government and decade.  At the same time, small island developing States, who contributed only a fraction of global emissions, had undertaken to build sustainable economies and some of the most ambitious pledges to cut emissions.  Nauru, for example, was working to achieve a 50 per cent reduction by 2020.  In addition, the Pacific small island developing States had led the Assembly to formally recognize the connection between climate change and international peace and security in 2009, and the Security Council to do so in 2011.

In that context, he said that the Secretary-General should appoint a special representative on climate and security, and he should lead a joint task force of all relevant United Nations bodies to assess the Organization’s capacity to respond.  The Security Council must also reflect new geopolitical realities by becoming more representative and inclusive.  New members must be more geographically diverse and willing to broaden their vision beyond a narrow focus on domestic interests, for the good of all Member States.