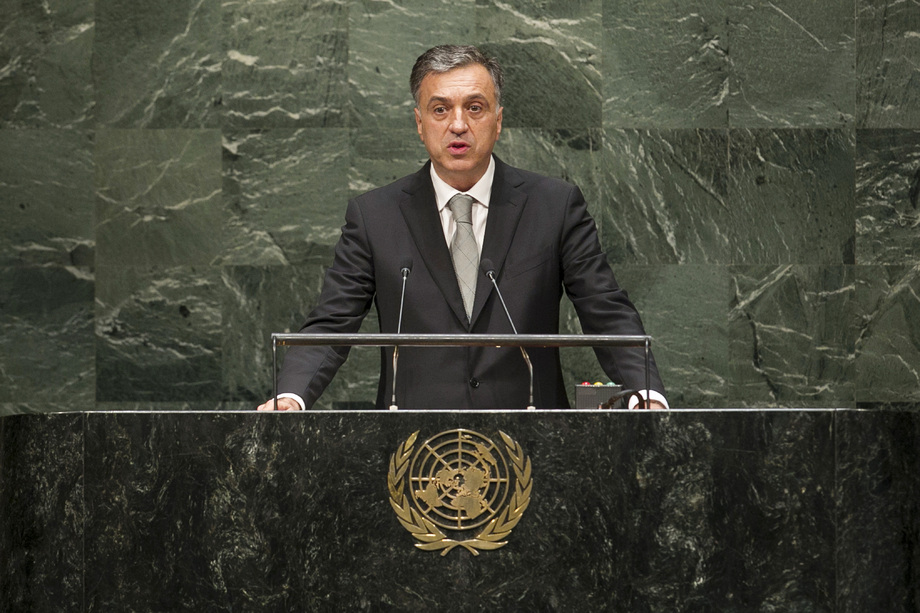 FILIP VUJANOVIĆ, President of Montenegro, said that he was committed to an effective multilateral system resting on a strong United Nations based on an integrated functional system that enabled respect for human rights, promotion of democracy, and the rule of law, and was able to devise and implement global responses to global challenges.  In that regard, he expressed support for the reform process known as “System-wide Coherence” and the integrated programme of action called “Delivering as One”. He noted that the United Nations Eco building had opened in the capital of Montenegro in March, hosting all the Organization’s specialized agencies, and offering them optimum conditions to deliver as one.

As a member of the Human Rights Council, he expressed support for the integration of a human rights dimension in all the Organization’s work, and hoped to strengthen the Council’s role in response to human rights violations.  The key priority was to promote the rights of vulnerable groups.  Further, noting that peace and stability were preconditions for development, he expressed support for global disarmament efforts, and noted that Montenegro this year had become the forty-fourth country to have ratified the Arms Trade Treaty.

He said that open and frozen conflicts, from Ukraine through the Middle East and Africa, threatened global stability and caused humanitarian disasters and massive human rights violations.  He advocated for an urgent end to violence and greater reliance on political dialogue that led to solutions in line with international law, the Charter and relevant resolutions.  He also called for  greater use of preventive measures under the Charter’s Chapter VI, and reaffirmed Montenegro’s commitment to the responsibility to protect. He also underscored the importance of the rule of law and protection of civilians in peacekeeping missions.  The post-2015 development agenda must be based on respect for those rights to ensure that, in development processes, no one was neglected.  Poverty eradication and sustainable prosperity for the benefit of all people and the planet must be the overarching objective in the design of the next agenda.