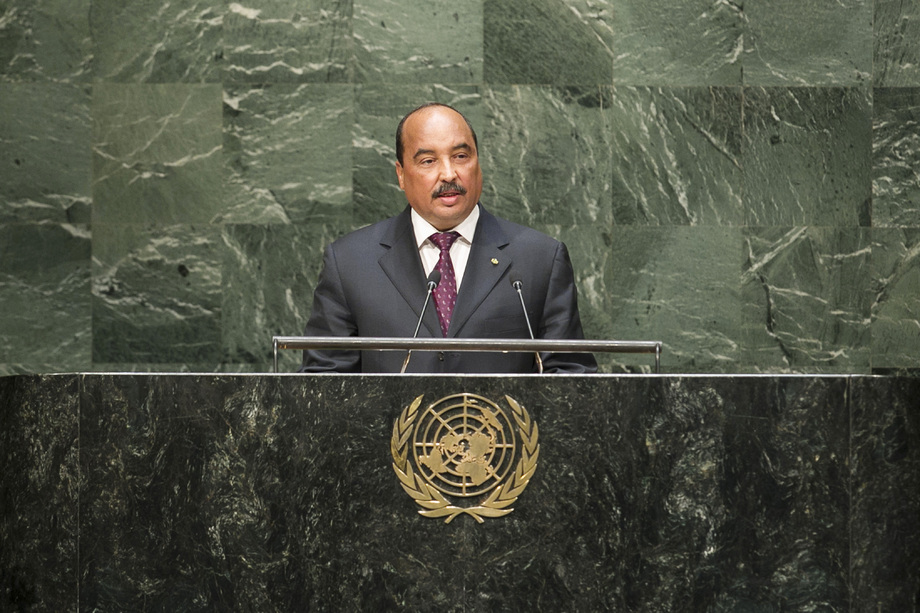 Mohamed Ould Abdel Aziz, President of Mauritania, said he was pleased to present what Africans had done in terms of achievement and development. At the same time, he appreciated the challenges facing their continent, as well as their expectations of the international community. He also understood their aspirations in the construction of their continent’s future. Several African nations had experienced high levels of growth despite the global economic crisis. The average rate had reached nearly 6 per cent, owing to wise economic policies that had been adopted by African Governments, such as those that promoted local and foreign investment, the creation of new infrastructure and a particular focus on societies’ most vulnerable members.

He said that the achievement of food sufficiency, the development of agricultural industries and poverty reduction in rural areas constituted core objectives of the African Union. Hence, 2014 had been declared the year of agriculture and self-sufficiency in Africa. The agricultural sector employed close to 60 per cent of its workforce and represented one third of the continent’s gross domestic product (GDP). In that framework, the African Summit had recommended that 10 per cent of African State budgets be allocated to agriculture.

When the Millennium Development Goals had been adopted in 2000, Africa did not have a collective vision, he added, but it nonetheless had worked seriously to reach those objectives and today spoke with one voice. African leaders had taken important decisions on key issues for the continent. However, despite such efforts, which included the fight against AIDS, malaria and tuberculosis, and increasing access to resources, they still needed improvement. The sudden outbreak of the Ebola virus posed a major challenge due to the rapid spread of the disease and the fact that measures to contain it remained insufficient. As Africa had not succeeded in facing that epidemic, he appealed to the international community to work efficiently for the provision of vaccines and treatment, support preventive interventions, increase investments in scientific research and provide assistance to affected countries.

On the phenomenon of illegal immigration and its consequent tragedies, he called on the international community to find rapid and efficient solutions, stressing that, “we cannot just count the bodies washed up on the beaches or undertake rescues at sea of thousands in unsafe and cramped boats.” On the other hand, African society had allowed positive discrimination to guarantee more gender justice in favour of women, while youth were prioritized in development plans and national policies. As it was estimated that the African population would reach three billion by 2050, with youth accounting for two thirds of that number, investments in infrastructure and social services were essential.

In the area of security, he said the fight against terrorism remained an international responsibility, and called for close collaboration. Despite the fruitful cooperation between the United Nations and the African Council, the situations in Somalia, Libya, northern Nigeria and Central Africa remained concerning as did the situations in Syria, Iraq and Ukraine. The African continent aimed to reinforce its presence in international institutions, enhancing their representation of peoples and nations. In that regard, Africa, which played a significant role in the world community, must be justly represented through a permanent seat in the Security Council.