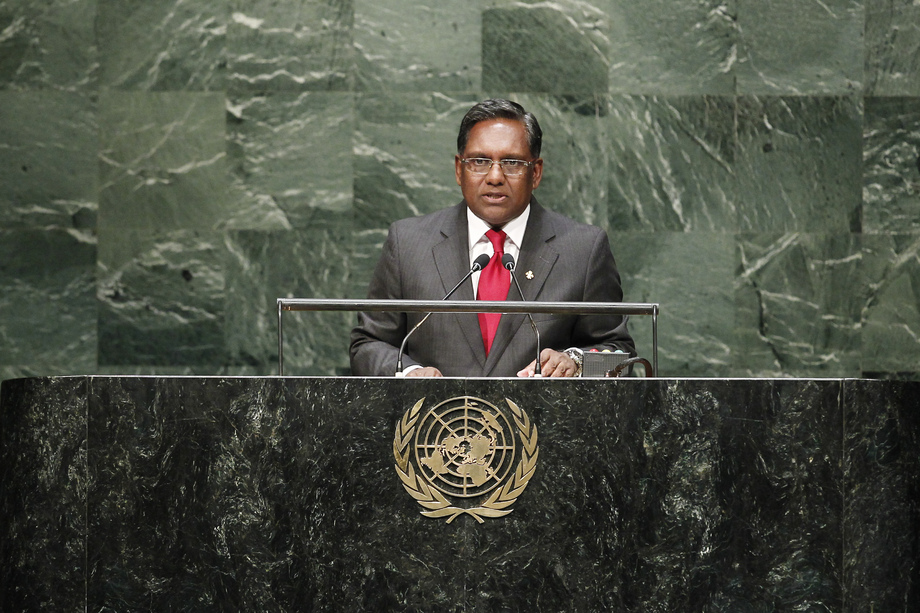 MOHAMED WAHEED HASSAN, Former President and Special Envoy of the President of Maldives, said that, for the last eight decades, his country had been on "a journey to consolidate democracy", last year overcoming unprecedented challenges by entirely peaceful means.  The experience of the Maldives showed that holding elections alone did not instil democratic values in a society.  What was needed was to shift the way people thought, and for democratic values to find a place in the hearts and minds of the people.  Policies needed to be rights-based, and people needed to be rights-minded.  On international affairs, he said that Palestinians were still being denied their right to a sovereign nation of their own.

On terrorism, he said that misinformed yet talented young people could easily be lured into fanaticism and extremism, and that Islam's identity as a religion supporting innovation, knowledge and scholarship was slowly eroding.  The world needed to define the way it dealt with the so-called “Islamic State”, which was a terrorist group, not a religious group.  The Government and people of Maldives condemned those groups and joined fellow Muslims around the world in saying "not in my name".  After noting the unique challenges faced by small island developing States, including climate change, he added that history had showed that those States were not just viable, but valuable in finding common solutions to common problems.  It was not size, but smart ideas, which made a nation's destiny.