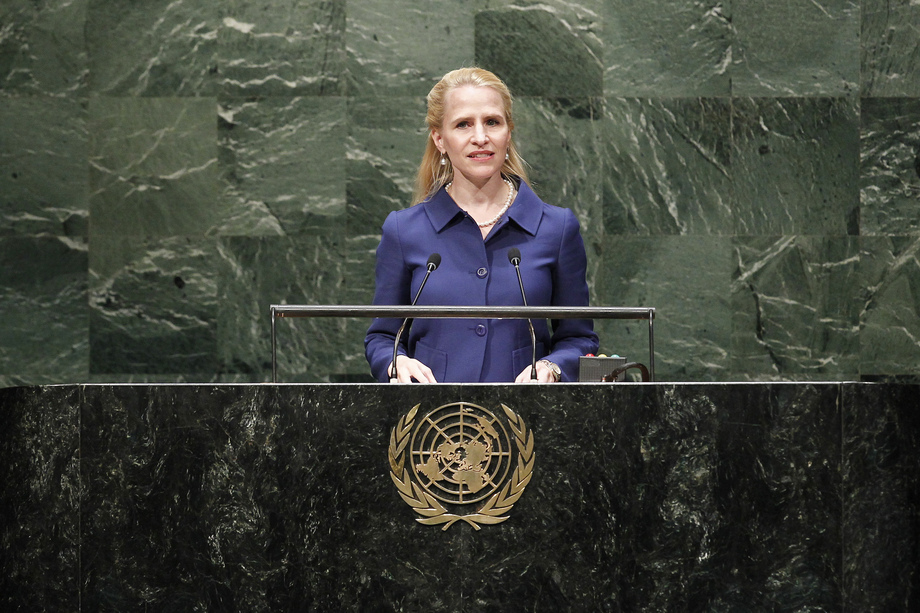 AURELIA FRICK, Minister for Foreign Affairs of Liechtenstein, calling upon leaders to unite, said, "at a time when the world seems to be breaking apart, it will serve us well to remember what unites us", as shown in the United Nations Charter.  The Organization was created to prevent war.  Acts of aggression against Ukraine and the illegal annexation of parts of its territory were "massive violations" of the Charter's principles and a major setback for Europe.  They underlined the need to ensure enforcement of international law.  She would not accept that a Security Council veto be used to contradict the purposes of the Organization, as had been seen too often.  Permanent Council members must make a clear commitment not to vote against action to prevent or end atrocity crimes.

On human rights, she said that the digital era was uprooting the right to privacy and that discrimination based on gender, sexual orientation, nationality or ethnicity, religion or disability remained rampant in much of the world.  She expressed particular concern at the rise of religious intolerance, stating that the Assembly must issue a call against persecution of any religious minority anywhere.  The core principles of the Geneva Conventions, among the most successful treaties with nearly universal acceptance, were being violated daily.  In that context, she cited the suffering of civilians in the Gaza conflict, Syria and Iraq.  The commemoration of the twentieth anniversary of the 1995 fourth World Conference on Women, held in Beijing, was an opportunity to show commitment to its outcome.

Noting successes in justice and the rule of law, she singled out the International Criminal Court.  Her country had created an informal network of Ministers to protect it from political attacks, with the goal of making the Rome Statute a universal treaty.  Turning to development, she said that the Millennium Development Goals had been a learning process and there were three areas to improve upon going forward.  First, rule of law must be at the heart of the Sustainable Development Goals.  Second, women's empowerment was essential to sustainable development.  Finally, a system should be established to monitor progress in implementing the post-2015 agenda involving all stakeholders.  The high-level political forum would be the best anchor for such a system.