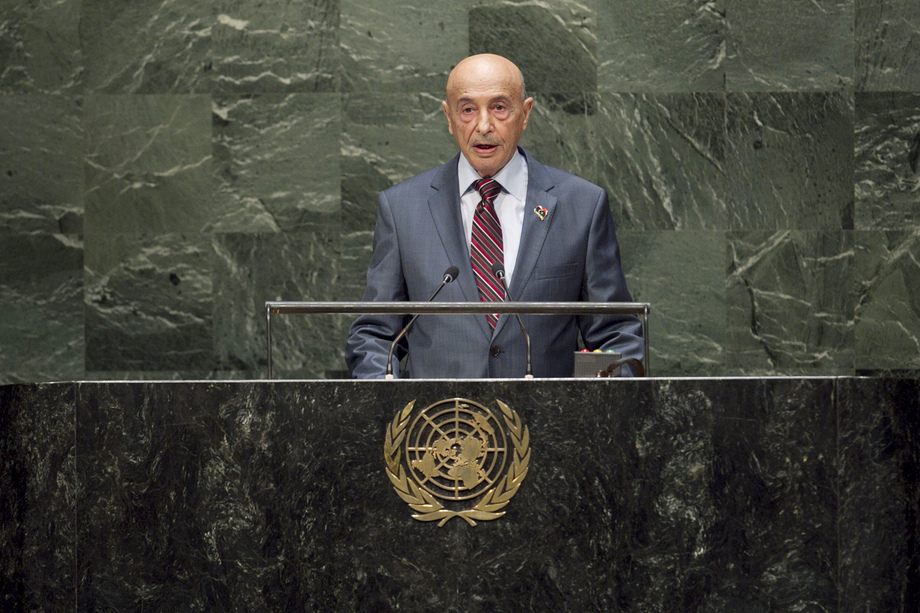 AGILA SALEH ESSA GWAIDER, President of the House of Representatives of Libya, said that seeing the current fighting in his country, many might wonder where the unarmed revolutionaries of three years ago had gone, and ask "where are the intellectuals who flooded the media and convinced the world of the justice of their people's cause?”  They were the true Libyan people.  But unfortunately, most of the activists had left the political arena, and armed groups were trying to impose their will on the Libyan people by force, violating people's human rights, and blackmailing the Government for funds.

The armed groups were a coalition known as "Dawn of Libya", and included a group with Al-Qaida ideology that had been placed on the list of terrorist groups by the United States and the European Union, he said.  Those groups aimed to derail Libya's democratic transition.  The international community had to stand with the elected legitimate authorities and implement United Nations Security Council resolution 2174 (2014) by imposing sanctions on those hindering the political process and undermining security.  Not to do so would equal stating very clearly that Libyans had to face terrorism alone, he said.

The international community's failure to provide arms and training to the Libyan army in its war against terrorism would negatively affect the stability of the region, ultimately threatening world peace, he continued.  Welcoming all efforts by "friendly countries", he noted that illegitimate contact, unauthorized by the Government, would be considered an unfriendly act against the unity of Libya and its stability.  Libya's House of Representatives and Government were determined to pursue the path of dialogue and tolerance in the framework of legitimacy to solve the problems and differences between Libyans.

His Government was calling on the international community to help in State-building so that it could “monopolize” the legitimate use of force, and ensure control over the capital, Tripoli.  The international community should also establish a "genuine and active" alliance between Libya and its neighbouring countries, both south and north of the Mediterranean, to cooperate in combating terrorism.  The initiation of a comprehensive dialogue for all Libyan people, with the help of the United Nations Support Mission in Libya, the Arab League and the African Union, was also requested.  Restoring security and stability in Libya was key to making further progress on the Millennium Development Goals