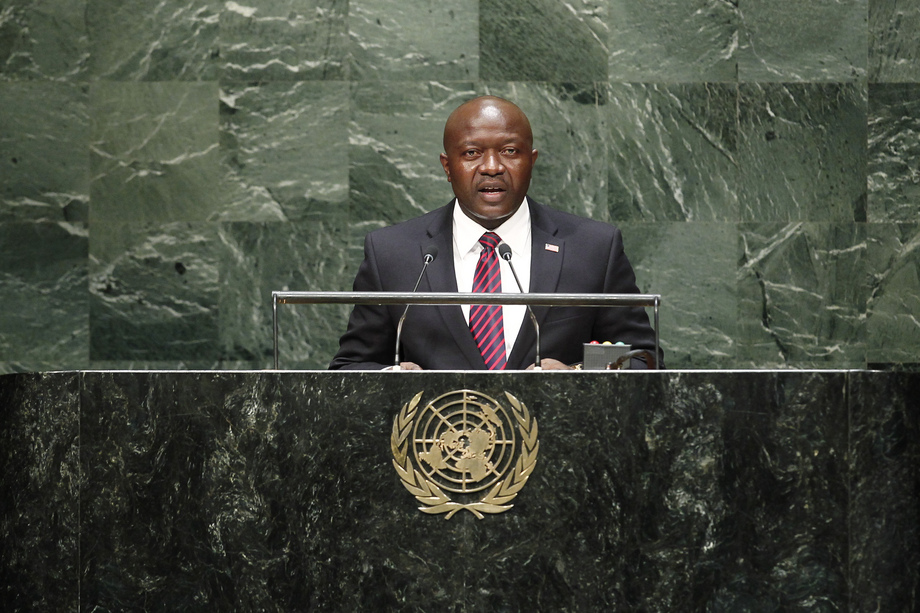 AUGUSTINE KPEHE NGAFUAN, Minister for Foreign Affairs of Liberia, said President Ellen Johnson-Sirleaf had chaired a high-level committee of African Heads of State, and under her leadership, a Common African Position was developed and endorsed by the African Union.  The “CAP”, as it is known, was anchored on six development pillars, including economic growth, science and technology and environmental sustainability.  It represented Africa's vision for the continent’s future.  He hoped that the substance of those pillars would form an integral part of the post-2015 development agenda.  At the same time, he was increasingly concerned about the spread globally of extremist ideologies and terrorist activities, especially in Africa.  Also troubling were the conflicts in South Sudan and the Central African Republic, and he commended efforts by the African Union and the United Nations to resolve them.

Concerning Ebola, he said that “deadly enemy” began wreaking havoc in Liberia in March.  Since the outbreak, his Government had taken a host of measures, which included declaring a state of emergency, suspending school and increasing awareness and prevention campaigns.  The latter steps aimed to address the "crystallized denial" and deeply-rooted traditional and cultural practices that created fertile ground for the spread.  Despite those efforts and the help of several health organizations, Ebola had sprinted faster than those collective efforts to defeat it, killing more than 1,800 Liberians and infecting nearly 3,500.  Women, who constituted a majority of the country's health-care workers and were society’s primary caregivers, had been disproportionately affected.  The situation was creating "a trail of traumatized orphans" across the country, which included a 10 year old from Barkedu, Lofa County, who was the "last person standing" in a family of 12.

The resultant panic that arose from health workers seeing their colleagues die from Ebola had precipitated the closure of many health facilities across the country.  Its public health system, which had collapsed during years of conflict and was being gradually rebuilt, had relapsed under the weight of the deadly virus.  Ebola was not just a health crisis; it was a total crisis — an economic, social, and potentially a political and security crisis.  It had caused a downward slide in the country's growth, with experts predicting that, if not contained quickly, Ebola would cause a 12 per cent decline in the country's economy in 2015.  While there had been positive developments in the last few weeks that had helped increase the focus on the virus, the international community must not be complacent.  Preparations to confront the longer term socioeconomic impact of the crisis were critical.  In that connection, he expressed appreciation for the United Nations country team’s focus on the fight and the engagement of the United Nations Mission in Liberia, geared towards long-term development.