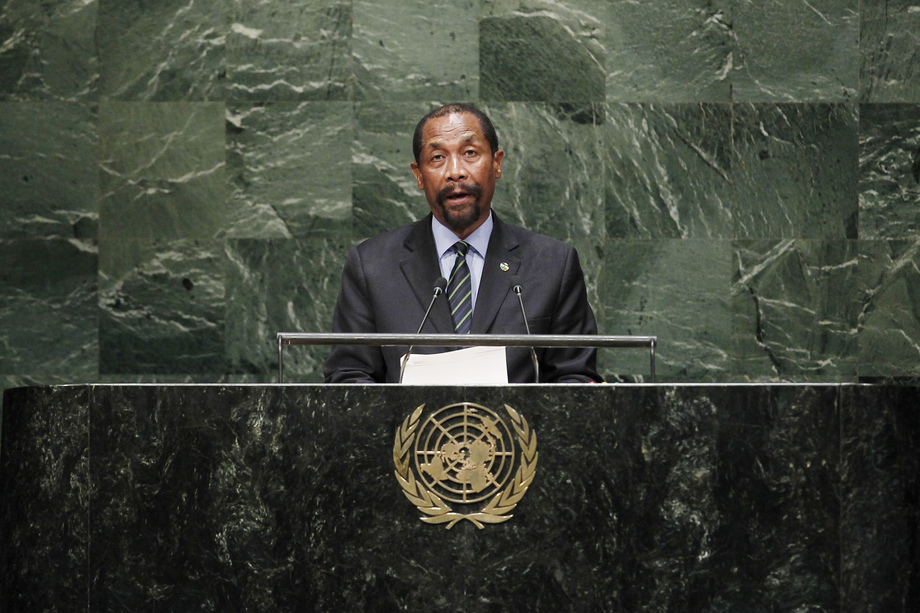 MOHLABI KENNETH TSEKOA, Minister for Foreign Affairs and International Relations of Lesotho, said Africa was facing a rise in terrorism, with the Nigeria-based Boko Haram, Al-Qaida in the Islamic Maghreb, and Al-Shabaab in Somalia.  The emergence of new extremist groups and terrorist entities, such as the Islamic State in Iraq and the Sham (ISIS), in the Middle East and elsewhere, was a stark reminder of the need for collective action to ensure that peoples everywhere enjoyed the right to peace, development and the sanctity of life.  Military action alone to counter terrorism was no longer a panacea, he said, calling for a holistic approach that addressed the root causes.

On the Israeli-Palestinian conflict, he said that recent developments had cast a shadow on a future that had seemed to hold promise for a negotiated settlement.  Lesotho endorsed the Human Rights Council resolution calling for an independent commission to investigate the massacres of innocent Palestinian civilians.  Those responsible should be held accountable.  It was unfortunate, he added, that in the case of the slaughter of thousands of Palestinian civilians, the Security Council had shied away from invoking the “responsibility to protect” principle and had issued only a presidential statement, which failed to reiterate accountability for the war crimes committed.

Concerning the achievement of the Millennium Development Goals, he stressed that the challenges remained most daunting in the least-developed, landlocked and small island developing States, as well as countries in or emerging from conflict. Lesotho had made some progress in achieving at least two of the eight Goals, namely universal primary education and the promotion of gender equality and women’s empowerment.  However, it still faced a long and uphill journey, with HIV and AIDS remaining a serious threat.  The post-2015 development agenda must emphasize national ownership and respect national conditions.  Regarding climate change, he called for more easily accessible funds aimed at helping developing countries mitigate and adapt to its impacts.