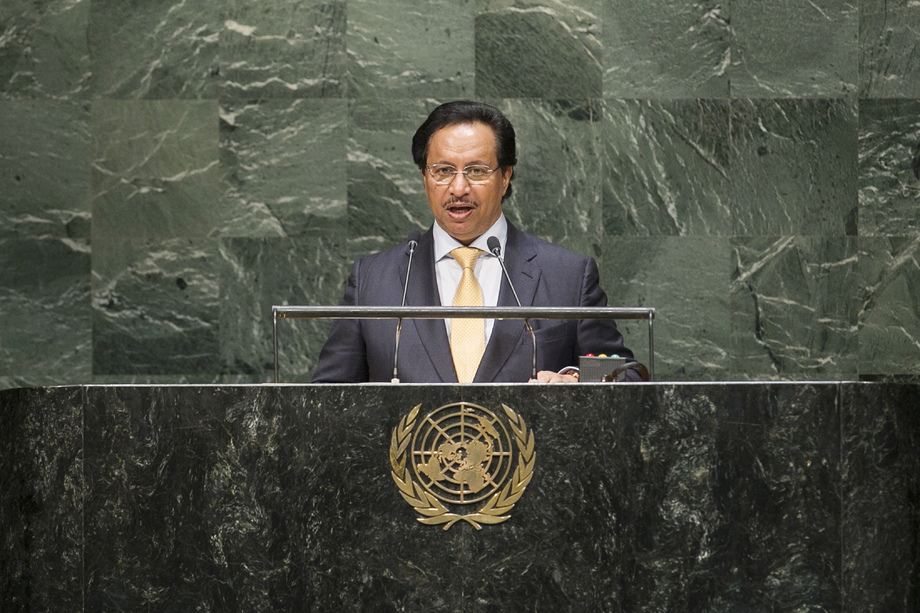 Sheikh Jaber Al-Mubarak Al-Hamad Al Sabah, Prime Minister of Kuwait, said that the United Nations’ current executive mechanisms and administrative structures impeded it from doing what was expected of it.  The United Nations organs, including the Security Council, and specialized agencies needed comprehensive reform.  Kuwait called for an enlargement of the Council by adding a permanent seat for Arab States.  In 1945, there were only five Arab States, whereas today, there were 22, with a population of over 350 million people, he said.

Turning to the situation in the Middle East, he said Israel had violated “the most basic rules of international law” during recent upheavals in Gaza.  He renewed his Government’s call for the Security Council to assume its responsibility by providing international protection to the Palestinian people and Territory, and to compel Israel, the occupying Power, to halt unilateral practices that aimed to impose a fait accompli through its illegal settlements and unlawful siege of Gaza.  He urged a return to negotiations leading to the establishment of a Palestinian State with East Jerusalem as its capital.  On the Syrian situation, he lamented the suffering of increasing numbers of people, and noted Kuwait’s contribution of $800 million in humanitarian support for people in need.  A political solution to the crisis was urgent.

Tensions in Yemen resulting from “continued rivalry” between some factions were a source of concern, and as for the conditions in Libya, he said Kuwait renewed its support for the elected Government there.  Kuwait further supported ongoing international efforts to resolve the Iranian nuclear issue, adding, however, that they must guarantee the country’s right to peaceful use of nuclear energy, under International Atomic Energy Agency (IAEA) supervision and monitoring.  His country denounced the actions of the “so-called” Islamic State in Iraq and the Levant and its grave violations of human rights and international humanitarian law, reiterating its support for the Iraqi Government to overcome terrorism.

Praising the Millennium Development Goals for their “outstanding role” in improving the lives of millions, he said he looked forward to a “comprehensive and ambitious” post-2015 development plan.  On that note, the Secretary-General’s Climate Change Summit this week was commendable, as that issue affected the world in general and the Arab world in particular.  Humanitarian help to the needy was at the basis of Kuwait’s foreign policy, he said, noting the doubling of his country’s fixed annual voluntary contributions to a number of international agencies and organizations, including the WHO, in response to the Ebola crisis.