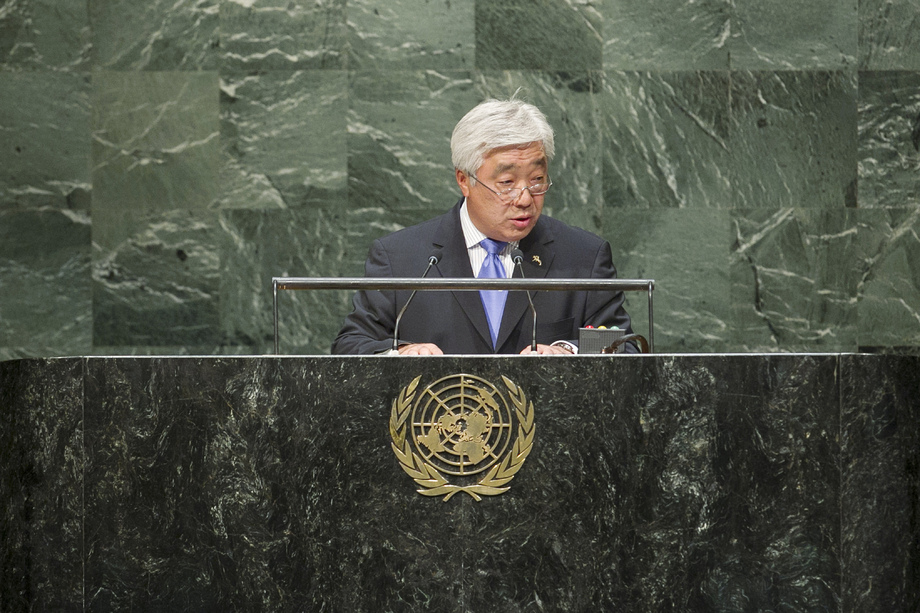 ERLAN A. IDRISSOV, Minister for Foreign Affairs of Kazakhstan, said that "unilateral actions and double standards" had destabilized the world, exacerbating ethnic tensions and threatening global security.  Of particular concern was the situation in Ukraine, which was affecting the entire region and had led to sanctions imposed by countries that made up 60 per cent of the world's GDP.  Kazakhstan supported initiatives aimed at the de-escalation of the conflict, including the Minsk peace agreements, which gave hope for long-term stability.

No country should act unilaterally, he said.  To adjust to a "new, multi-polar world order", Kazakhstan proposed the G-Global initiative, which would promote tolerance, transparency, trust and "constructive multilateralism".  At this turbulent time, there was a need for new approaches and bold actions to address the world's problems.  His country encouraged Member States to use G-Global to draw up plans that would address future global crises.  Building on momentum it had garnered at the Astana Economic Forum, he encouraged the General Assembly to consider adopting that framework.

Having lived with the effects of nuclear testing, Kazakhstan was determined to promote awareness on the perils of those weapons, he said.  Non-proliferation remained one of the most important priorities of Kazakhstan's foreign policy.  His country’s President had launched the ATOM (Abolish Testing Our Mission) Project, a global education campaign that called for the Comprehensive Nuclear Test Ban Treaty (CTBT) to be entered into force as soon as possible.  The signing of the Semipalatinsk Treaty by the Permanent Five marked a major landmark in nuclear security and it was now time for those countries to ratify the protocol as soon possible.  The Treaty on the Non-Proliferation of Nuclear Weapons (NPT) remained the cornerstone of the non-proliferation movement, and he encouraged all to uphold the provisions of the NPT and work towards ratification of the CTBT.