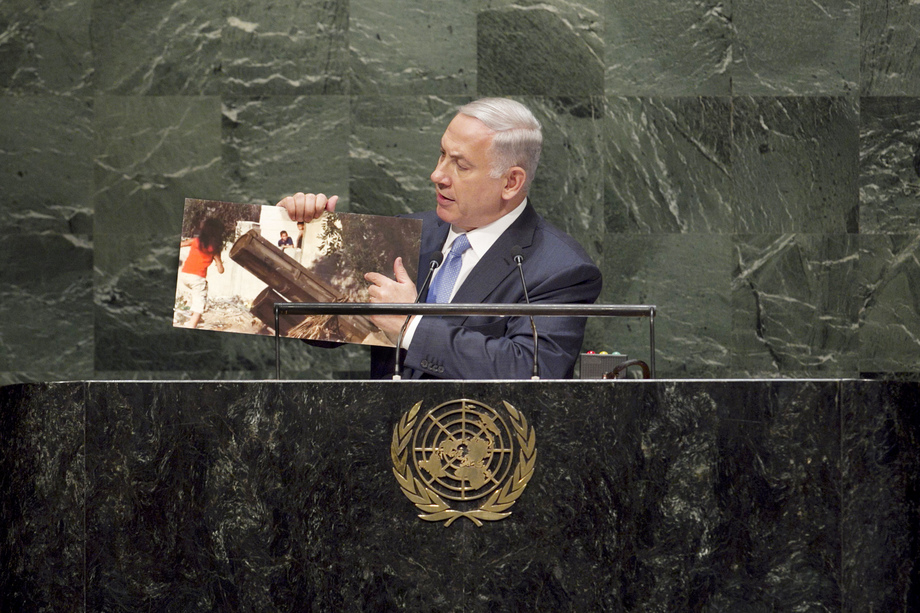 BENJAMIN NETANYAHU, Prime Minister of Israel, said hopes for peace were in danger. Everywhere they looked, militant Islam was on the march. It was not militancy, it was not Islam, but specifically "militant Islam". Its first victims were other Muslims, but it spared no one. For the militant Islamists, all politics were global, because their ultimate goal was to dominate the world. It started out small, like a cancer that attacked a particular part of the body. But, if left unchecked, the cancer would metastasize over wider and wider areas. That cancer must be removed before it was too late.

Last week, many countries rightly applauded United States President Barack Obama for leading the effort to confront the Islamic State in Iraq and the Sham (ISIS), he said. Yet, weeks before, some of those same countries had opposed Israel for confronting Hamas. Evidently they did not understand that ISIS and Hamas were branches of the same poisonous tree. They shared a fanatical creed, which they sought to impose well beyond their own territories. When it came to their ultimate goals, Hamas was ISIS and ISIS was Hamas, and they were all militant Islamists, be they Boko Haram, Al Shabaab, various Al-Qaida branches or other terrorist groups. They shared a goal for a land with no tolerance, where women were chattel and minorities were subjugated, and sometimes presented the same stark choice: convert or die. Anyone could be considered an infidel, including fellow Muslims.

The Nazis had believed in a master race, while the militant Islamists believed in a master faith, he said. Militant Islamists simply disagreed over who among them would be the master of the master faith; there was one place where that could soon happen, namely, the "Islamic State" of Iran. For 35 years, Iran had pursued the global mission to export revolution. Saying Iran did not practise terrorism was like saying Derek Jeter never played shortstop. The international community should not be fooled by Iran's manipulative “charm offensive”, as it was designed to lift the sanctions and remove obstacles for Iran's path to the bomb. The Islamic Republic was trying to bamboozle its way to an agreement to remove sanctions, so it could become a nuclear Power. Iran, which was the world's most dangerous regime, in the most dangerous region, would obtain the world's most dangerous weapons.

There was only one course of action: Iran's nuclear capabilities must be fully dismantled, and ISIS must be defeated; to defeat ISIS and leave Iran as a threshold nuclear Power was to win the battle and lose the war, he said. The fight against militant Islam was indivisible; when militant Islam succeeded anywhere, it was emboldened everywhere. When it suffered a blow in one place, it was set back in every other place. That was why the fight against Hamas was for all countries. For 50 days this past summer, Hamas fired thousands of rockets at Israel, many of them supplied by Iran. Israel faced a propaganda war, because in an attempt to win the world's sympathy, Hamas had cynically used Palestinian civilians as human shields and United Nations schools to store and fire rockets. While Israel surgically struck at the rocket launchers and "terror tunnels”, Palestinian civilians were tragically, but unintentionally killed.

Heart-wrenching photographs had left the impression that Israel was targeting civilians, but it was not, he went on. No other army had gone to greater lengths to avoid civilian causalities among the population of its enemies. Hamas deliberately placed its rockets where Palestinian children lived and played. Israel was using missiles to protect its children, while Hamas was using its children to protect its missiles. After decades of seeing Israel as the enemy, States in the Arab world increasingly recognized that they faced many of the same dangers as Israel. Israel was ready to make an historic compromise and was willing to work with its Arab neighbours, even though that might defy conventional wisdom.