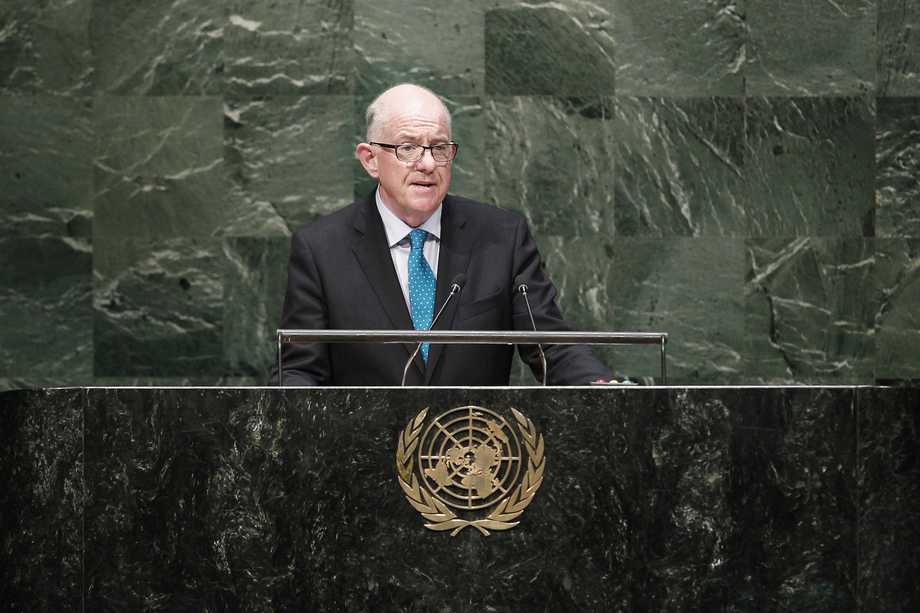 CHARLES FLANAGAN, Minister for Foreign Affairs and Trade of Ireland, said his Government wished to see veto power eventually abolished in the Security Council and, therefore, welcomed France’s initiative to regulate that power.  The body should increase its membership to reflect regional balances and the current global realities of population and economic weight.  On the Middle East, it was time to attain a comprehensive peace between the Israeli and Palestinian peoples.  He was not under any illusions about the difficult and painful compromises to be made, but believed both parties supported a just, negotiated two-State solution.

Turning to the Syrian conflict, he said that the flagrant violation of international law by all sides must be confronted and referred to the International Criminal Court.  Those parties, particularly the Assad regime, must end their obstruction of vital humanitarian efforts.  The growth of extremism in the Middle East was of significant concern, he said, adding that the “bloodlust and inhumanity” displayed by ISIL in Syria and Iraq had appalled all civilized people.  That threat must be addressed with unity and with a real sense of urgency.  On the Ukraine crisis, he opposed a military solution, supported the path of diplomatic dialogue and welcomed the Ukrainian President’s peace plan.  A sustainable political solution must be based on the principle of respect for Ukraine’s sovereignty and with clear guarantees on border security, the disarmament of all illegal groups and the withdrawal of foreign forces.