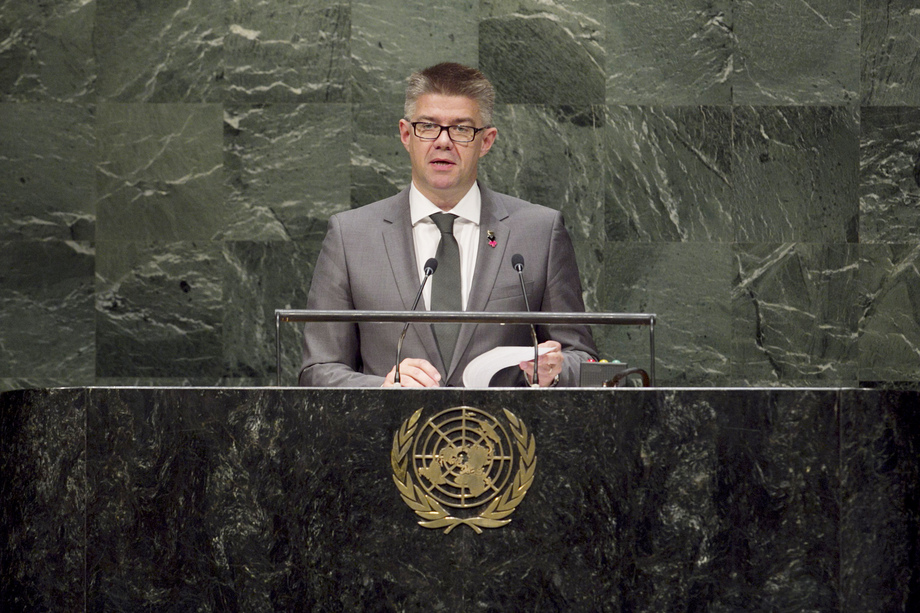 GUNNAR BRAGI SVEINSSON, Minister for Foreign Affairs of Iceland, said that extremely troubling among issues facing the international community today was the increasing disregard for international law demonstrated by ISIL, the growing terrorist group operating in Iraq and Syria. Equally shocking was the suffering of the Syrian people and the total disrespect for humanitarian law in that country’s civil war, where almost 200,000 people had died. Noting that the prolonged foreign occupation of the State of Palestine was another violation of international law, he condemned the indiscriminate rocket attacks from Hamas and other militant organizations in Gaza against civilian targets in Israel, as well as the disproportionate use of force by the Israel Defense Forces.

Turning to Eastern Europe, he said the violation of Ukraine’s territorial integrity breached the Charter, international law and numerous treaties. The illegal annexation of Crimea also threatened security and stability throughout Europe. Further, the Security Council’s credibility was seriously undermined when a permanent member violated the Charter by using force to change borders and then could veto the necessary response and actions by that body empowered to maintain international peace and security. Noting the need to improve the Council’s working methods, he expressed support for the French- and Mexican-led proposal for refraining from using the veto in cases of mass atrocities.

On the post-2015 agenda, he highlighted the importance of resolving ocean-related issues and desertification, land degradation and drought, in order to ensure food security. In that regard, his country had shared its knowledge through the United Nations University’s Fisheries Training Programme in Iceland, and had actively contributed to efforts to achieve a land degradation-neutral world through the Group of Friends in New York and the United Nations University’s Land Restoration Training Programme in Iceland. As no society could function without energy, he said it was also important to focus on ensuring access to affordable, reliable, sustainable and modern energy for all. Iceland also contributed to that effort by working with a group of countries and the International Renewable Energy Agency to identify opportunities to increase geothermal production.