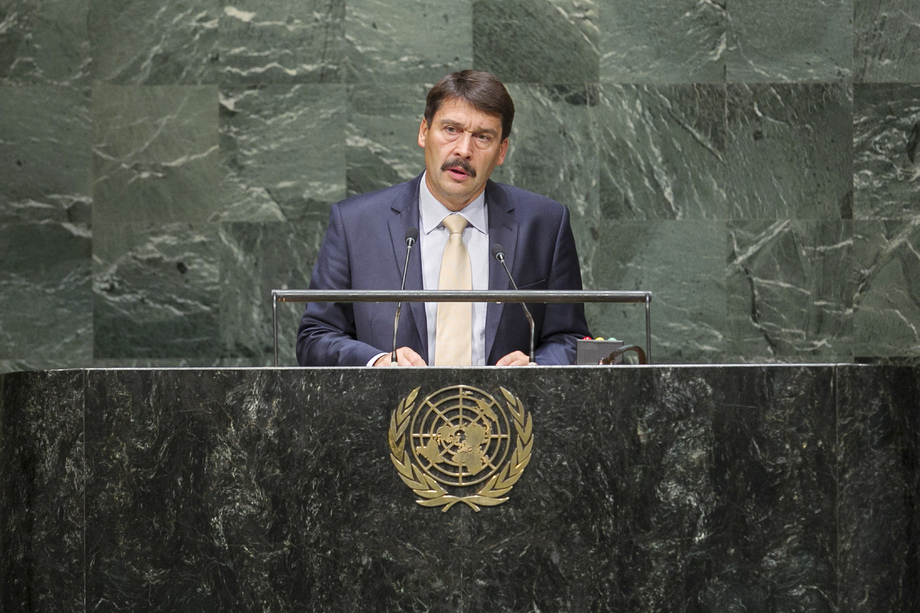 JÁNOS ÁDER, President of Hungary, said, “If you want peace, you must prepare for war.”  He was not speaking about preparing for military conflict but about the war being waged on the natural environment.  The Secretary-General had described how dire the situation was at the recent Climate Summit and the General Assembly had heard many dramatic figures.  Awareness of a climate change problem went back to 1896, when a Swedish scientist had noticed that increases in CO2 levels would lead to increased temperatures.  Those changes were measured 60 years later, and 30 years after that, there was realization that a treaty would be needed to respond.  Kyoto had come a decade later, meaning it had taken a century between identifying the problem and beginning to respond to it.  Since Kyoto, there had been conferences, scientific meetings and political get-togethers, but despite promises, the situation continued to worsen.

Mother Nature continually gave warnings with its climate events, he said, pointing to floods, typhoons and other adverse meteorological events.  There were unprecedented freezing temperatures recorded in Uttar Pradesh in India during January, temperatures of 31 degrees Celsius in Lapland in May, a white Christmas in Bethlehem and 123 temperature records in Australia over a year.  In Europe, the River Danube drew attention — before the Second World War, it had flooded many times but never had reached 8 metres.  In the past four years, it had passed 8 metres four times, coming close to 9 metres in 2013.  In New York, Hurricane Sandy had caused $20 billion of damage and killed more than 40 people, despite consistent warnings by the New York administration that they needed to spend money to prepare.  That was why the Mayor of New York had announced his wish to reduce the city’s carbon emissions by 80 per cent in the next 30 years.

He recognized the work done by the Secretary-General in preparation for an agreement between States at the Paris summit in 2015.  The question was whether Member States were doing enough to prepare for the summit.  Having heard speeches made over the course of the week, he was not optimistic.  He pointed to political narrow-mindedness and asked why the wisdom of scientists and the planet’s signals were being ignored.  There was a good example of action that should instruct the international community, which came from the response to chlorofluorocarbon, or CFC, gasses.  Having been introduced in the 1950s, 30 years of use had led to a 40 per cent reduction in the ozone layer.  That had caused medical consequences in the form of increased prevalence of dermatological tumours.  A deal had been struck in Montreal in 1987 to ban the gasses, and the first report had recently been released, which pointed to regeneration of the ozone layer.

It was not possible to wait for an agreement on climate change and hope that would arrest and even reverse the problem, he said.  It was vital to reach agreement in Paris, but climate change was a much larger problem.  Nevertheless, the target States were hoping to agree to restrict temperature rises to just 2 degrees Celsius, but that already seemed to be an illusion.  The concentration of CO2 had never been higher, and scientists were saying that an accord today would not prevent effects in the future.  The world must come to terms with the idea that the next generation would have to live with the expensive price of past irresponsible environmental policies, and it had to prepare for more serious natural events and disasters.  Nicholas Stern had called for an investment of 1 per cent gross domestic product (GDP) on prevention to avoid environmental damage of up to 20 per cent of GDP.  Paraphrasing the Roman military author, Vegetius, he concluded:  “If you want calm, you must prepare for disasters.