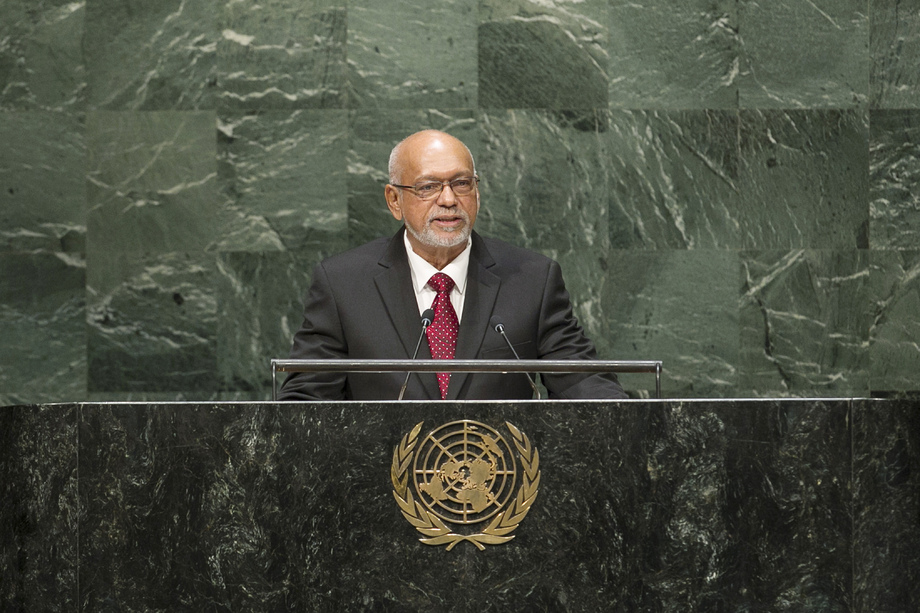 DONALD RABINDRANAUTH RAMOTAR, President of Guyana, said that despite the negative impact of the international financial situation, his country had grown its economy over the past eight years and ensured that it had resulted in an improved quality of life for its people.  They were one of only 17 countries in the world which had, according to the Food and Agriculture Organization (FAO), not only reduced hunger by half, but also improved the nutrition of its people.  It had achieved universal primary education, and was close to achieving universal secondary education.  He expressed gratitude to all development partners who had contributed to the progress made towards achieving the Millennium Development Goals.

The world could have had advanced much further along the road to achieving the Millennium Development Goals, he said.  However, the partnership needed to achieve all the objectives had not been strong enough.  Support from developed countries, as envisaged by Millennium Development Goal 8, had fallen short of expectations.  Only about a dozen developed countries had kept their pledge to provide 0.7 per cent of their gross national product (GDP) to official development assistance (ODA).  In light of these failures, it was imperative that the post-2015 framework include a time-bound commitment for delivery of ODA to which commitments had already been made.

On the Middle East, he called for an end to the “apartheid-like” situation in Palestine, where poverty and degradation were weapons used to repress its people.  They had a right to live with dignity in their own country, and the United Nations must never compromise on the principle of self-determination.  Speaking on the continuing wars in Syria and Iraq, he condemned the “barbaric and grotesque” killings of journalists, humanitarian aid workers and other hostages, and the loss of lives of civilians by the murderous extremists.

He called the Ebola epidemic a global problem that required an immediate response of a scale far beyond what was currently being done.  Today’s problems could only be properly addressed with strong multilateralism and through relevant, responsive and more democratic global institutions.  Critical among those were the reforms of the Security Council and international financial institutions.  He concluded by recalling Guyana’s proposal to balance the interests of developed and developing countries.  Its time had come and should be pursued with other initiatives to find solutions, he added