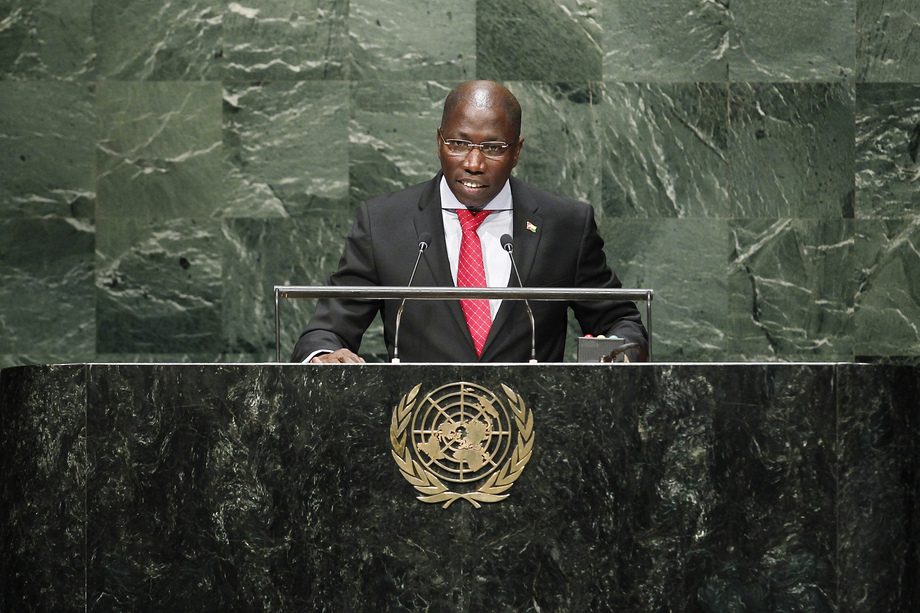 DOMINGOS SIMõES PEREIRA, Prime Minister of Guinea-Bissau, expressed gratitude for contributions to the process of political normalization in his country by the United Nations Integrated Peacebuilding Office in Guinea-Bissau (UNIOGBIS), ECOWAS and other partners.  Stating that the post-conflict country still faced a “complex and difficult” situation, he called for further international assistance to consolidate stability in the current post-election period.  Priorities in that context were strengthening the State’s institutional capacity, reducing poverty and other vulnerabilities of the population, ensuring social stability, legitimizing the Government and re-launching the economy.

The Government agenda, he said, had three components:  an urgent programme, to provide basic services, ensure food and livelihood, prevent the spread of Ebola and pay civil servants overdue salaries; a contingent programme, to ensure transparency and end the corruption that resulted in what he called the plundering of the country’s forestry and fishery resources; and a medium-term development programme, which would be submitted to partners in a donor conference to be held late this year or early next year.  Confidence in the country was enhanced by the national Parliament’s recent unanimous approval of these programmes, and international cooperation must be based on them in order for the country “to change course and become viable”.  For mobilizing such aid, he requested reactivation of the International Contact Group on Guinea-Bissau.

On other issues, he called for enhanced international support for battling the Ebola epidemic in West Africa.  He also reaffirmed his country’s support for the African Union’s position on Security Council reform, expressed solidarity with peoples and countries that had fallen victim to terrorist attacks and reiterated the call to lift the embargo on Cuba.  He stressed that the post-2015 development agenda must be based on the objective realities of world peoples, and must draw its inspiration from the lessons of the Millennium Development Goals.

On climate change, he applauded United Nations efforts to bring the issue to the fore and said that the human, economic and environmental losses in vulnerable countries such as his own were already felt.  They threatened chances for development and survival itself.  The rise of sea-levels was particularly worrisome for Guinea-Bissau.  Despite challenges, the country had set aside 12 per cent of its territory in protected zones, mostly consisting of forests, to be doubled by 2020.  As most of the population depended on forests and other natural resources for survival, however, those initiatives must be offset through financial and technological cooperation.  He finally thanked a range of United Nations agencies and non-governmental organizations for their development work in his country, and affirmed that Guinea-Bissau was poised for a future of peace, human security and openness.