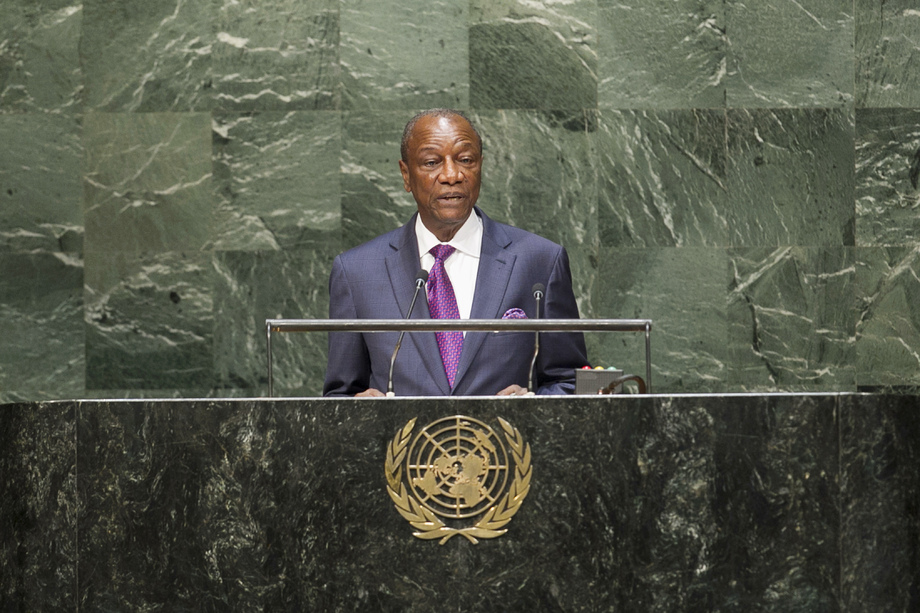 ALPHA CONDÉ, President of Guinea, said that unless measures were taken to cope with challenges, the glimmers of hope around the world would be threatened, as would be the peace, security, and stability of our planet.  Only a global, concerted approach would lead to progress.  On that note, the Ebola crisis was continuing to claim lives, and on a national level, his Government had declared a health emergency to cope with the outbreak.  The negative impact of the disease was not confined to the health sector; Ebola had led to a slowdown in trade, a drop in productivity, a decline in tourism, and stigmatizing effects.  The irrational panic, which had taken over the world needed to be combatted.

Ebola was a serious epidemic, but it was not necessarily a death sentence.  Guinea welcomed the nomination of a United Nations system coordinator in the ongoing struggle against Ebola, and thanked the World Health Organization (WHO), Médecins sans Frontières, the Red Cross and political figures for their support.  There was an urgent need to move forward in fighting the disease.  On development challenges, the international community had to put an end to poverty which was continuing to hold nearly 2 billion people hostage.  That was a question of dignity, justice and equality.  While progress had been achieved on the Millennium Development Goals, the digital divide remained, and progress was needed on tackling malaria and HIV/AIDS-related issues.

The plethora of challenges required a comprehensive response.  For its part, Guinea was taking part in a dynamic process, having undertaken reform of the defence and security industry since 2010, and made improvements to the independence of the judiciary.  The country’s “thirst” to ensure the well-being of its population could only be quenched in an environment of stability.  Making its contribution to a reformed United Nations, Africa would have to shoulder its responsibilities.  It was time, he said, to be “genuine builders of our destiny”, and consolidate credibility in stabilizing the continent.  In conclusion, he noted Guinea’s solidarity with the Palestinian people.