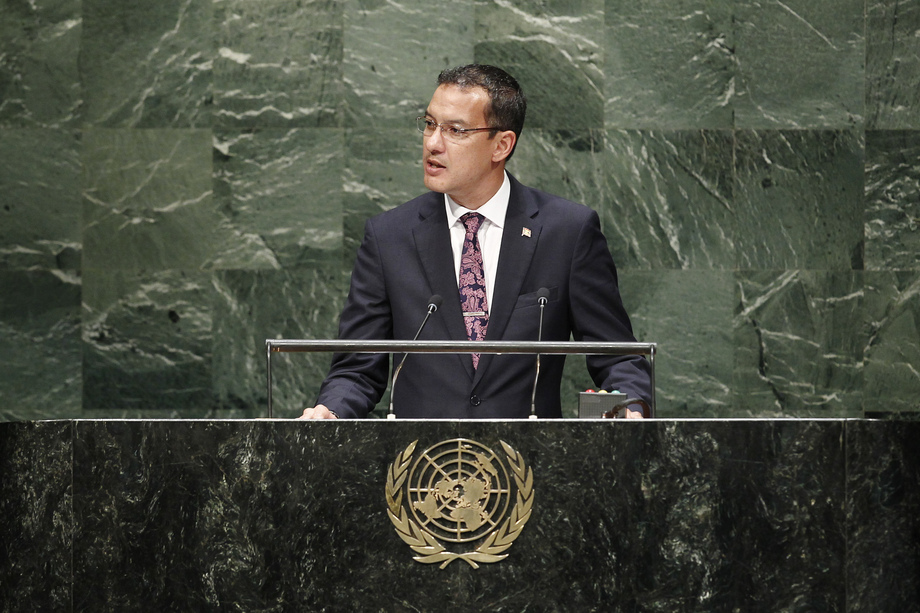 NICKOLAS STEELE, Minister for Foreign Affairs and International Business of Grenada, said war and insecurity in the information age had burgeoned to the point where the efforts of neither the United Nations nor national armies were enough.  A “new information master plan” for the twenty-first century was needed to reduce the growing inequalities in society and to confront current global challenges.  Global policy should focus on promoting sustainable economic growth through education, information and communications technology.  The World Bank’s 2011 World Development Report on Managing Conflict acknowledged that development agencies were not capable of adequately helping fragile States, and that investing in citizen security, justice and jobs was essential to reducing violence.  “Do we have the courage to be proactive in fostering jobs and growth, or will we wait for violence to erupt?” he asked.

Climate shocks were terrifying for Grenada and islands worldwide, he said, acknowledging the Secretary-General’s leadership in calling for a climate summit.  Hurricane Ivan alone had caused economic damage equivalent to 200 per cent of the country’s GDP.  This week, unseasonably high rains had caused numerous landslides.  Like neighbouring Saint Lucia, and Saint Vincent and the Grenadines, Grenada had been forced to dedicate scarce financial resources to address such weather events.  There was a link between those events and the high indebtedness of small Caribbean islands, he said, adding that those nations needed “concessionary” financing to ensure growth, jobs and economic development, and to build resilience to the effects of climate change.  Their annual cry for such funding was “the early warning system” for the international community.

The renewable energy market was estimated at $12 billion in the Caribbean, he said.  For island States, the most sustainable form of adaptation to climate change was a robust economy combined with sound disaster-management policies.  Renewable energy could be introduced without subsidies.  Island nations contributed the least to greenhouse gas emissions, and were the most cost-effective places for renewable energy.  Grenada was working to transform its electricity sector, he said, adding that solving the energy challenge would remove a drag on Caribbean island economies and better position them to withstand environmental shocks.  His Government had signed a groundbreaking memorandum of understanding with the United States to serve as a pilot country in the region on energy transformation, and one with New Zealand on geothermal energy.

The Green Climate Fund must become operational, he said.  He called for the creation of a “window” within the Fund for islands; full reliance on renewable energy in all island States; setting a price on carbon and eliminating subsidies of fossil fuels; and greater support for climate-smart agriculture.  The latter would increase productivity, income and resilience to climate change and reduce or remove carbon emissions.  Having lost 30 per cent of its coral reefs and mangroves in the last 30 years, Grenada was working with the Dutch Government on the Climate-Smart Agriculture Alliance, and welcomed the Global Blue Growth and Food Security Initiative, among other global partnerships.  Blue growth was vital for the tri-island “Ocean State” of Grenada, Carriacou and Petite Martinique — whose exclusive economic zone in the sea was 70 times greater than its land mass.