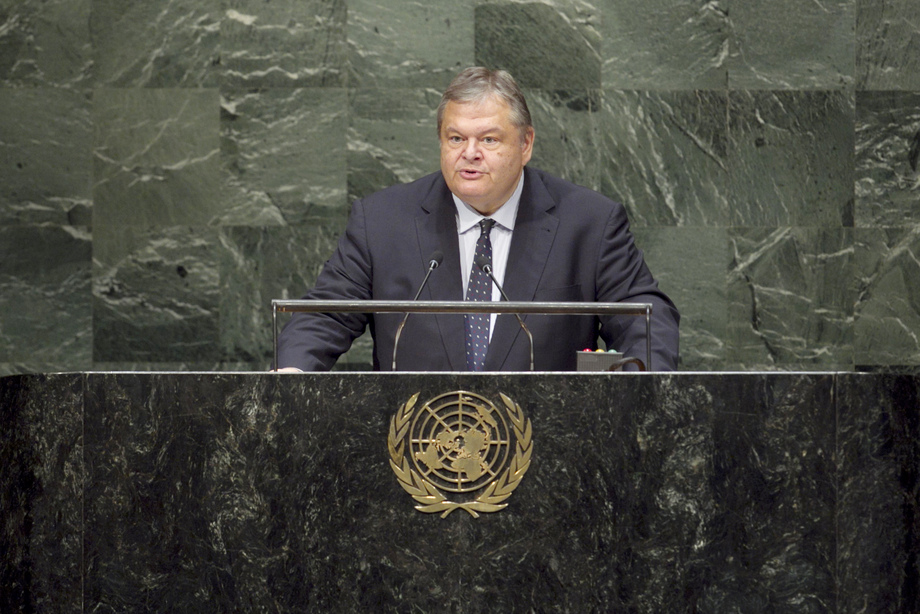 EVANGELOS VENIZELOS, Deputy Prime Minister and Minister of Foreign Affairs of Greece, associating with the European Union, called for Security Council reform as well as a legally binding climate change agreement.  The Climate Summit had been a chance to intensify in that regard.  On Ebola, he commended the United Nations establishment of an emergency mission.  Touching on other areas of interest to his country, he urged regional and international cooperation to resolve crises in the Middle East, North Africa and Eastern Europe.  The humanitarian situation in eastern Ukraine also was worrying, he said, voicing support for the Minsk agreement as a precursor to an inclusive accord that respected Ukraine’s territorial integrity, independence and sovereignty.  He urged dialogue on the Israeli-Palestinian conflict, and in Syria, underlined the importance of solution in light of the “barbaric actions” of jihadist groups there and along the Iraqi-Syrian border.  He welcomed the Security Council resolution on foreign terrorist fighters and called for protection of journalists.

He said that Western Balkan States should integrate into the European Union, but first needed to implement reforms to meet the Union’s standards, and ensure good-neighbourly relations.  The Belgrade-Pristina talks were an example of such progress.  Among other things, he voiced support for the European and Euroatlantic perspective of the former Yugoslav Republic of Macedonia, noting that Greece was among the top foreign direct investors there.  Although he respected the United Nations directive on that country’s name, he said the critical issues concerned democracy, rule of law, human rights, inter-ethnic harmony and press freedom, all of which required “tangible steps”.

Turning to Cyprus, he expressed support for dialogue within the framework of the 2014 joint communiqué and confidence-building measures.  A just and viable solution had to align with Security Council resolutions, high-level agreements and the joint communiqué, and the Cypriot people should agree to any solution reached through a referendum.  He meanwhile supported maintaining the mandate of the United Nations Peacekeeping Force in Cyprus (UNFICYP).