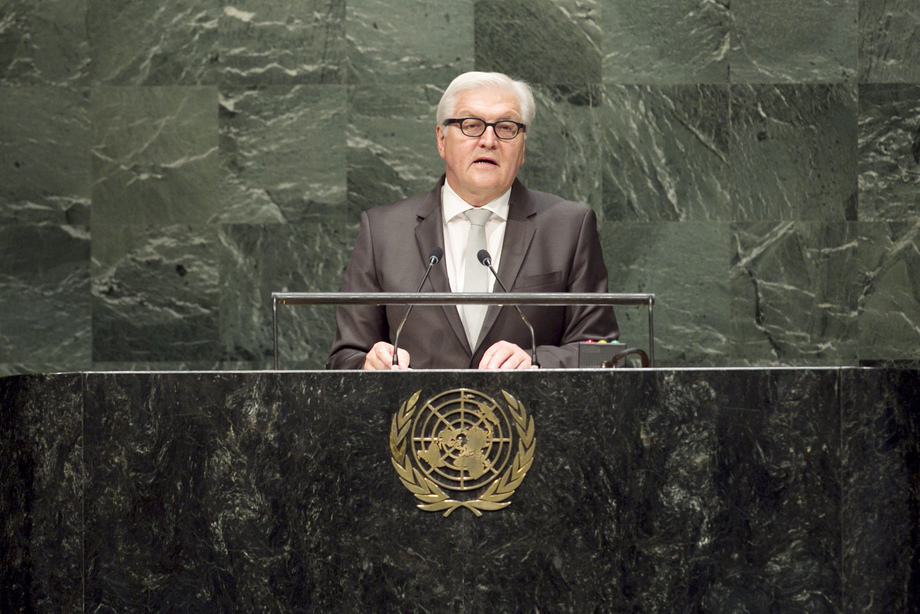 FRANK-WALTER STEINMEIER, Minister for Foreign Affairs of Germany, said that 2014 was a special year for Europe, as it included commemorations of the hundredth anniversary of the commencement of the First World War, the seventy-fifth anniversary of Germany attacking Poland, the prelude to the Second World War, and the twenty-fifth anniversary of the fall of the Berlin Wall, which had brought an end to the world’s decades-long division into East and West.  The world needed to ask itself what it had learned from those experiences.  The establishment of the United Nations was the most important lesson that history taught.  However, it was not enough simply to “call for the United Nations”; it was not a forum to shrug responsibility onto, but a forum through which responsibility was assumed.

Germany was prepared to take on responsibility in and with the United Nations, he said.  Next month, a conference would be hosted in Berlin to mobilize urgently needed assistance for millions of Syrian refugees.  Syria’s neighbours were under tremendous strain from the huge influx of displaced people.  Because the Ebola crisis was endangering the cohesion of entire societies in West Africa, Germany was sending humanitarian and medical assistance.  Long-term commitment under the World Health Organization’s (WHO) expertise and the United Nations coordinating umbrella was needed to deal with the crisis.

Some delegations might regard the ongoing conflict in Ukraine as nothing more than a regional conflict in Eastern Europe, he went on to say.  But the conflict was much more than that.  The conflict affected “each and every one of us” because a permanent member of the Security Council had, with its annexation of Crimea, “unilaterally changed existing borders in Europe and thus broken international law”.  The power of international law could not be allowed to erode from the inside.  As long as the Russian Federation and the West remained in conflict over Ukraine, the United Nations was threatened with paralysis.

Turning to other issues, he said that the international community also had to tackle the “huge tasks” of the twenty-first century, namely the fight against climate change, privacy in the digital age, and the post-2015 development agenda.  His country, for its part, had shifted towards using renewable energies.  Germany had also taken initiative on the issue of digital privacy by introducing a resolution on the right to privacy in the digital age.  The United Nations, he emphasized, was “worth every effort”, for in it lived the world’s hope for peace and a legal order.