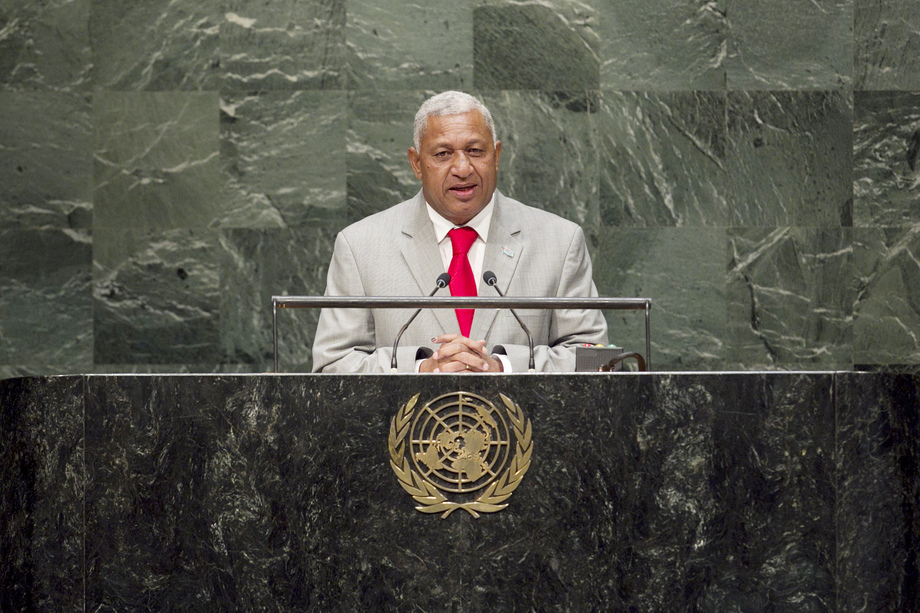 JOSAIA V. BAINIMARAMA, Prime Minister of Fiji, said it was his honour to inform the General Assembly that his country had kept its promise to introduce genuine democracy.  He stood at the podium today as the first duly elected Prime Minister under the new Constitution, which replaced three previous Constitutions since independence from Britain in 1970.  For nearly four decades, Fiji had laboured under a system that was undemocratic, unjust and unfair.  The former, weighted system had perpetuated injustice for a great many people, creating different classes of citizens and encouraging corruption.  However, with a series of reforms, the nation had been transformed.

Every Fijian now enjoyed equal opportunity and a common Fijian identity, he said.  That designation, once reserved for the indigenous majority, now applied to everyone from the Republic of Fiji, just as “American” applies to all from the United States, or “Australian” to people from Australia.  Today, Fiji was a fairer, more just and more compassionate society, and was stepping up efforts to alleviate poverty on the back of a rapidly strengthening economy.

Fiji’s journey since independence had been long and sometimes traumatic, he said.  There had been four coups, a rebellion, four Constitutions and 56 “days of shame” in 2000, when members of the Parliament had been held hostage.  However, with the recent election, Fijians had put that era firmly behind them.  The country was currently enjoying the most sustained period of economic growth in its history, and the possibility to create more jobs and raise the living standards of the people had never been greater.

In this International Year of the Small Island Developing States, he said more concerted efforts were necessary to strengthen regional institutions to confront the enormous challenges faced in the Pacific region, namely population growth and unsustainable use of ocean resources.  History would judge the world’s major carbon emitters extremely harshly unless they took immediate and comprehensive steps to reduce emissions.