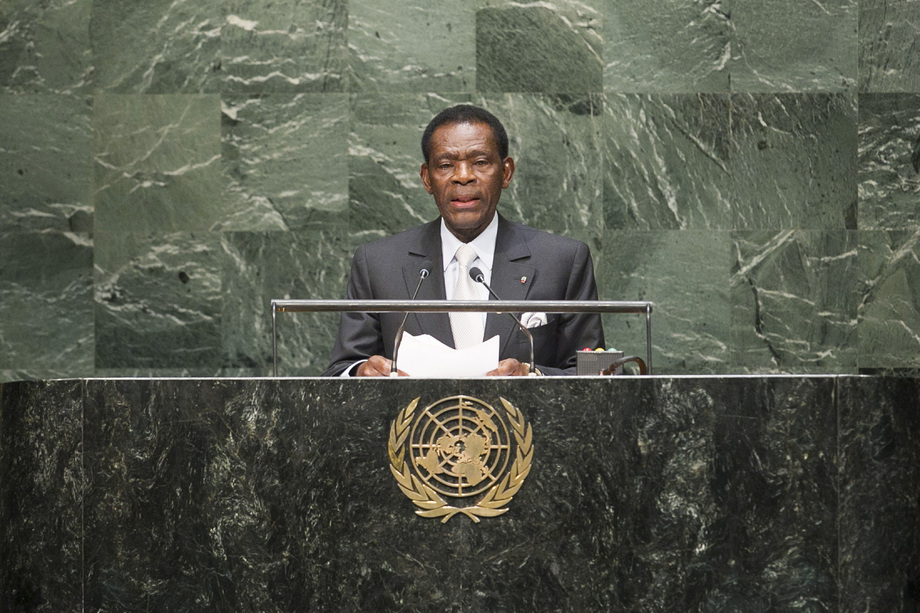 TEODORO OBIANG NGUEMA MBASOGO, President of Equatorial Guinea, said that the General Assembly bore the heavy responsibility of finding solutions to the problems of poverty, hunger, violence, piracy and terrorist activity, as well as Ebola, which was now laying waste to some countries in Africa.  Because of that disease’s deadly effects, his Government had announced a donation of $2 million to the WHO to finance programmes to combat it.

However, the United Nations would not be able to find solutions to those difficult problems unless the role of the General Assembly was strengthened and revitalized, he said.  That role had recently become routine.  Furthermore, the United Nations would not be able to find lasting solutions if the Security Council could not be governed by rules that respected international justice.  The proliferation interventions that did not respect the principle of non-interference in the internal affairs of States was of great concern.  Those interventions interrupted the process of democracy in those affected countries, further fuelling divisions and socio-political instability.  It was important to clearly distinguish between supporting a democratic process and interference through pressures, which led to intolerance, exclusions and hatred among citizens.

Democracy was not an imported product, he said, and could not be designed in the offices of other countries.  Democracy was formed through the application of positive values characterizing a society, and only the people were able to define the model that best suited them.  Equatorial Guinea was being made into a modern democratic State, in which politics were now at their peak.  The transfer of power was guaranteed through equal rights for all political options, the administration of public affairs was carried out with transparency, and human rights were monitored by reliable institutions.

His Government had taken economic initiatives to develop its natural resources, and aimed to place itself as an economically emerging country by 2020, he said.  He thanked the United States, China, Cuba, France, Brazil, the Russian Federation and Morocco for their assistance.  Wishing the sixty-ninth session every success, he voiced hope to see the United Nations recover its leading role in delivering peace, security and global development.