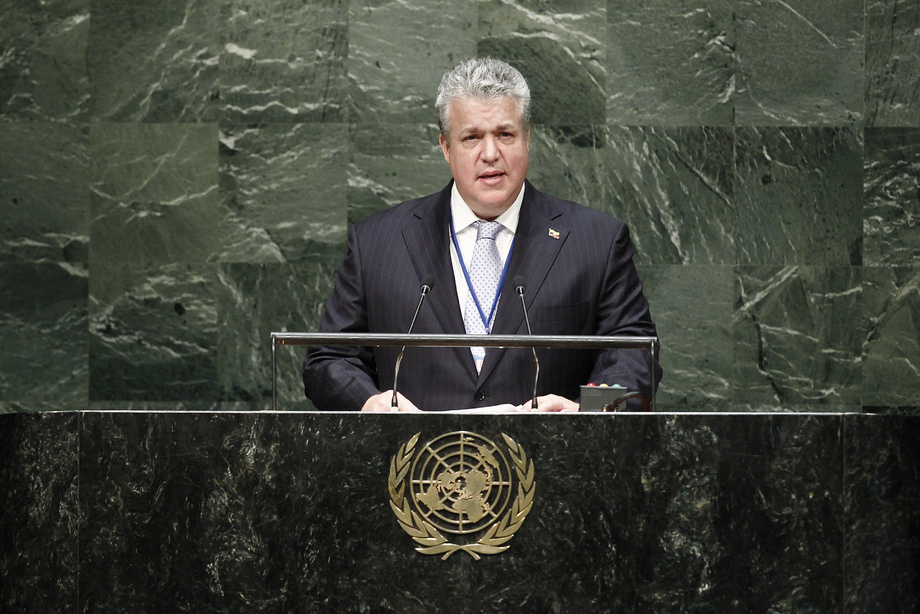 LEONARDO ARIZAGA, Vice Minister for Foreign Affairs and Political Integration of Ecuador, recalling an attempted, but failed coup d'état in his country four years ago, said that because democracy had prevailed, his Government had been able to continue to build a better future for its people.  In the past seven and a half years, it had lifted 10 per cent of the population out of poverty and reduced unemployment to 4.9 per cent, the lowest rate in Latin America.  Public investment in Ecuador was highest in the continent, and three times that of the Latin American average.  Additionally, his Government had substantially reduced child and youth labour, noting that 82 schools had been added to the international baccalaureate association.  To address global warming, Ecuador had promoted renewable energy sources with fewer greenhouse gas emissions, optimized the use of raw materials and reduced waste as much as possible.

Highlighting aspects of Ecuador’s foreign policy, he said it prioritized strengthening South-South relations by creating new spaces for regional governance.  In that regard, the Union of South American Nations (UNASUR), the Bolivarian Alliance for the Peoples of our America (ALBA) and the Community of Latin American and Caribbean States (CELAC) remained national priorities.  In January 2015, Ecuador would assume the pro tempore presidency of CELAC.  He said it was unacceptable that the United States' blockade of Cuba had persisted for more than 20 years.  On other matters, he called for a solution through dialogue to the dispute between Argentina and the United Kingdom on the Argentine Islands.  On Palestine, he called for an immediate end to operations of the Israeli army and its attacks against the civilian population in Gaza.  Noting that his country would be the headquarters for the Africa-South America Summit, he said it wished to strengthen the relationship between Africa and Latin America and, for that reason, had decided to open new embassies in Africa in the search for new opportunities.

On United Nations reform, he said his country had put forward proposals for change aimed at making the Organization more efficient, democratic and inclusive.  The Security Council, he added, should be composed of groups or blocs to establish balance.  Turning to Julian Assange, to whom his country had granted asylum, he said Ecuador would continue to work tirelessly until a solution was found in that case, for which it sought support from the United Kingdom and Sweden.  He noted the recent increase in demands of transnational companies against the people of the South.  Those multi-million dollar disputes, such as the Chevron case in Ecuador, had threatened tax resources and State legitimacy, and could compromise development plans in the region and elsewhere in the world.  In that context, UNASUR was creating a regional arbitration centre to provide legal advice in investment disputes, create a code of conduct, and, with other regions, establish an observatory for transnationals, with the aim of launching support mechanisms to respond to States' requests for assistance in resolving disputes.