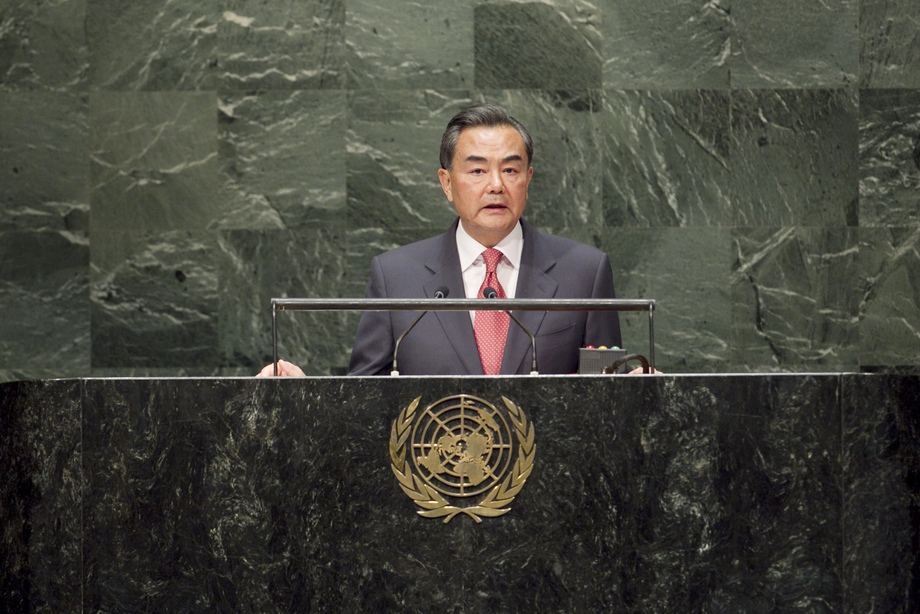 WANG YI, Minister for Foreign Affairs of China, noted the number of important anniversaries this year, including the outbreak of the First World War and the seventieth anniversary of the end of the Second World War.  In China alone, more than 35 million Chinese soldiers and civilians had been left dead or injured by Japanese militarists.  The United Nations had been established to keep the “scourge” of those wars from happening again, and the Charter had laid out the vision of building a better world.  People should treat each other as equals, the principles of sovereignty and territorial integrity must be upheld, and different countries’ pursuit of economic and social development had to be respected, he said.

However, the world was far from peaceful, he said, mentioning conflicts in Gaza, Iraq, the Central African Republic and in South Sudan.  Countries that placed their domestic law above international law, or even sought regime change, would have their legitimacy questioned by the international community.  In observing international law, he underscored that Chapter VII of the Charter was not the only means for the Security Council to maintain international peace and security.  Better and fuller use should be made of the means of prevention, mediation and conciliation, as stipulated in Chapter VI.

Turning to the situation in specific countries, he detailed his Government’s concerns regarding Ukraine, Iraq, Syria, South Sudan, and Afghanistan, as well as the Palestinian issue, the situation on the Korean peninsula and the Iranian nuclear issue.  On the subject of terrorism, he noted that the international community should take new measures to address new threats, focusing on combating religious extremism as well as cyber-terrorism, and stressed that there should be a global effort to “crack down hard and effectively” on the use of the Internet and other new means of communication by terrorists in recruitment, financing and plotting of terrorist attacks.

The Millennium Development Goals had contributed greatly to human survival, he said.  The post-2015 development agenda should have three goals, including a focus on poverty eradication, promoting inclusiveness, and ensuring implementation.  On the common challenge of climate change, his Government believed that all parties should work for the conclusion of negotiations by the end of 2015.  The new post-2020 climate change regime should be in accordance with the principle of common but differentiated responsibilities to ensure a fairer and more effective arrangement for international cooperation on climate change.