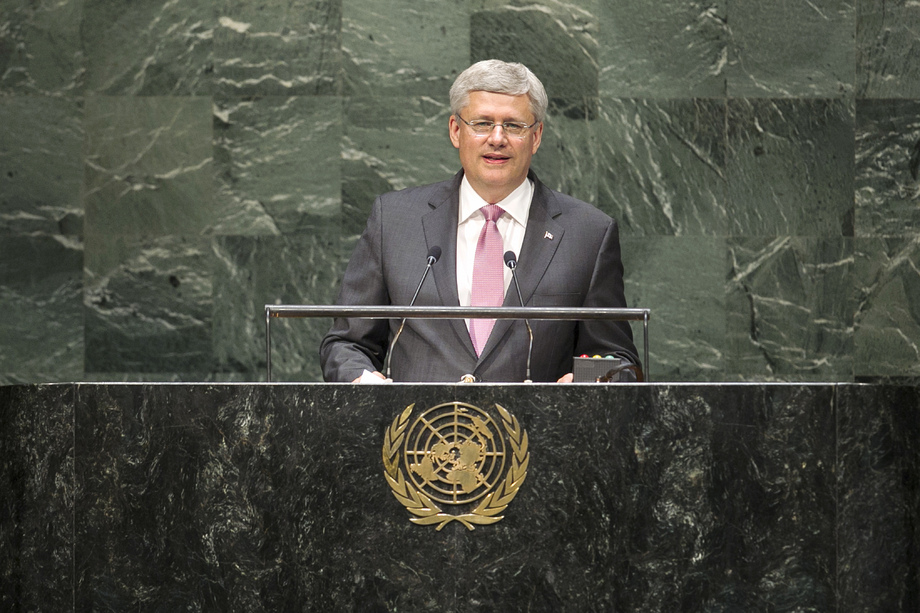 STEPHEN HARPER, Prime Minister of Canada, said that his country had a strong record in serving humanity and upholding United Nations values, and on many occasions, Canadians had put their lives on the line for that purpose.  Today’s crises illustrated the role of poverty and injustice in war, but those were not the only causes.  There were affronts to human dignity and the international order, and Canada had always been ready and willing to partner with other civilized countries in combating them.  It would continue to assist its allies in the international community to deal with today’s grave challenges.

He said that any effort was in vain, however, if people were not provided with alternatives to a better way of life.  Trade and the effective delivery of aid had become the signature of Canada’s outreach to the world.  His country was proof of how trade had made “great nations out of small ones” and created new opportunities for ordinary people and their families.  The trade agreements reached by his country had helped to establish important links to world commerce.  While assistance to vulnerable countries was necessary for development, investment was needed even more to achieve sustainable growth.

Saving the lives of vulnerable mothers around the world should be another top priority, he said.  Despite remarkable progress in recent years, thanks to vaccines and other simple techniques, millions of mothers and children who would have died in the past now had a chance to survive.  He praised the Secretary-General’s Every Woman, Every Child initiative as it provided a clear path forward to prevent the deaths of children from easily avoidable causes.  New levels of excellence were achieved via partnerships that brought Governments together with the private sector.  With renewed political focus and financial commitment, saving the lives of children and mothers “is a fight we can win”, he stated.  Looking beyond the post-2015 development agenda, maternal, newborn and child health must once again become a top priority.  Canada was proud to financially support the Every Woman, Every Child initiative and invited other countries to do the same.