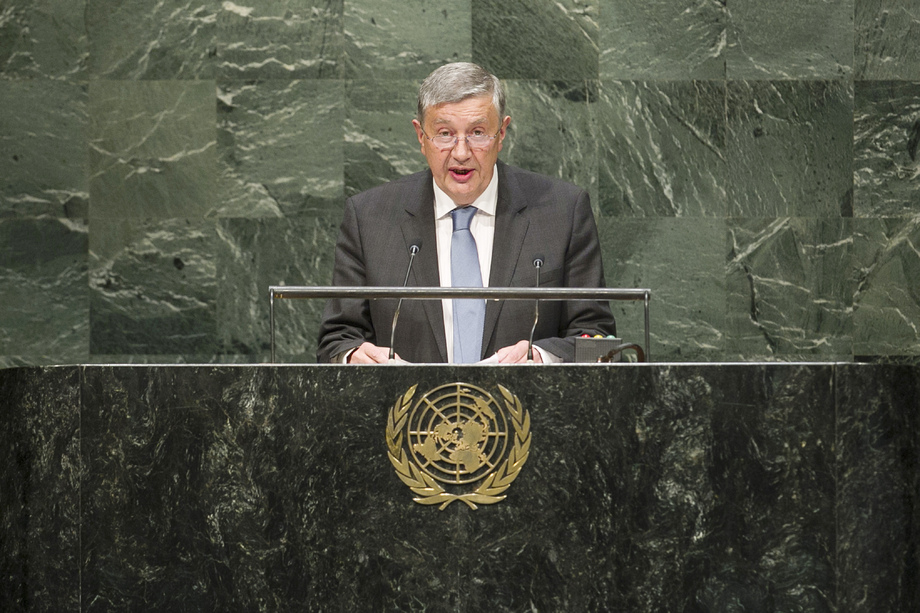 Nebojša Radmanović, Member of the Presidency of Bosnia and Herzegovina, said the world was in a state of chaos.  From Afghanistan through Ukraine, the Middle East, Libya, Central Africa and other regions, there were armed conflicts without lasting peace in sight.  The rise of internal civil conflict was causing States to fall apart, with some disappearing overnight, and others springing up with the support of outside mentors.  New political maps were being drawn with new borders, separatist movements were getting stronger and international laws were being violated with use of force.  That situation, he said, was a result of the unilateral actions of some great Powers, double standards in international relations, and other actions contrary to the norms of international law.

Bosnia and Herzegovina, although characterized by an open and fully liberal economy, was facing large-scale unemployment, a large trade deficit, lack of capital and major investment, and insufficient and weak industrial production, he said.  Its economic reconstruction and recovery had slowed down due to the global economic crisis that had engulfed the world.  He called upon the developed world to help his country’s efforts in sustainable development, noting that Bosnia and Herzegovina was too small a country to achieve that alone.  He expressed hope that small countries who shared that view would find more partners among the developed countries with which to focus on development and recovery.  Tomorrow’s world should not be put in the position of a “false choice” between who should and should not be saved, he said, stressing that, “either we all survive or nobody does.”

This year, his country marked the Sarajevo assassination, commonly viewed as the immediate cause of the First World War, he said.  At several events dedicated to that anniversary, the people of his country had asked themselves whether they had learned the lessons of the past.  Given the local wars fought on all sides of the world today, it seemed the international community had not learned those lessons, but rather had repeated old mistakes and made new ones.  Now more than ever, the world needed peace; it was only through peace that people could develop and prosper.  It was Member States’ responsibility to improve security in the world in the interest of development and progress.