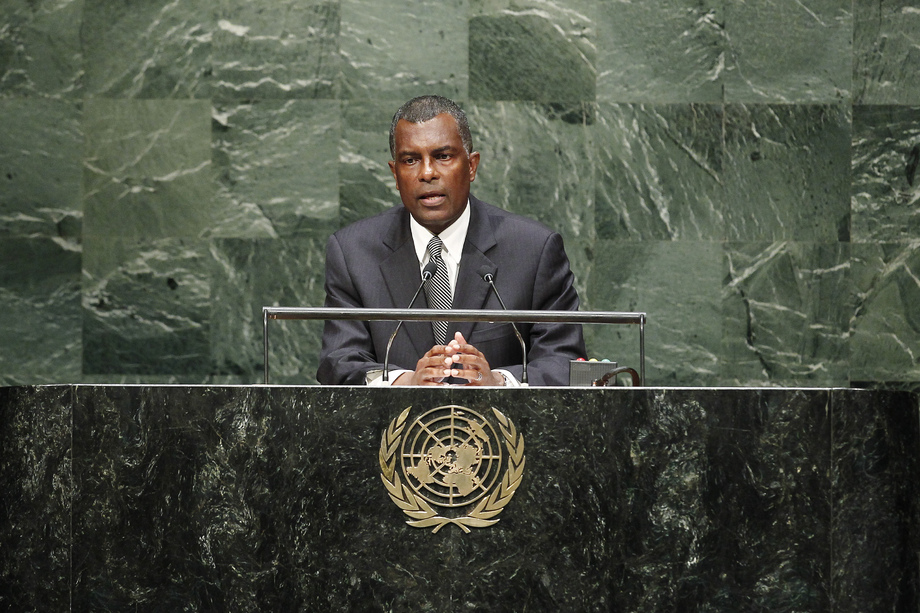 FREDERICK A. MITCHELL, Minister for Foreign Affairs of the Bahamas, said that the environment, fighting crime and containing illegal immigration were his country’s top priorities.  “If we do not resolve climate change issues, there will be no Bahamas,” he warned.  The United Nations Framework Convention on Climate Change should be the primary intergovernmental forum for negotiating the global response to that issue.

Addressing violent crime was central to domestic peace and survival, he said, pointing to the proliferation of gang activity, illicit drugs, and small arms and ammunition trafficking as issues of concern.  As such, his country was involved in the negotiations leading to the adoption of the Arms Trade Treaty, and had ratified it on 25 September.  The Bahamas would also rely on social intervention programmes like the Urban Renewal initiative in order to fight the illegal drug trade and serious crime.

At the same time, the country was grappling with illegal immigration, he explained.  The recent Memorandum of Understanding signed with the International Organization for Migration (IOM) was one part of a multifaceted strategy aimed at stemming the flow of undocumented foreigners into Bahamian territory.  A new fleet of vessels had been purchased to support ongoing work in that area.  Recently, the Bahamas had entered into key fishing and migration agreements with the Dominican Republic, Cuba and Haiti.  Despite challenges, bilateral relations remained strong.  That was all the more reason why the Bahamas found the economic embargo by one neighbouring country against another “counterproductive to the peace and good order of the region”, he said.