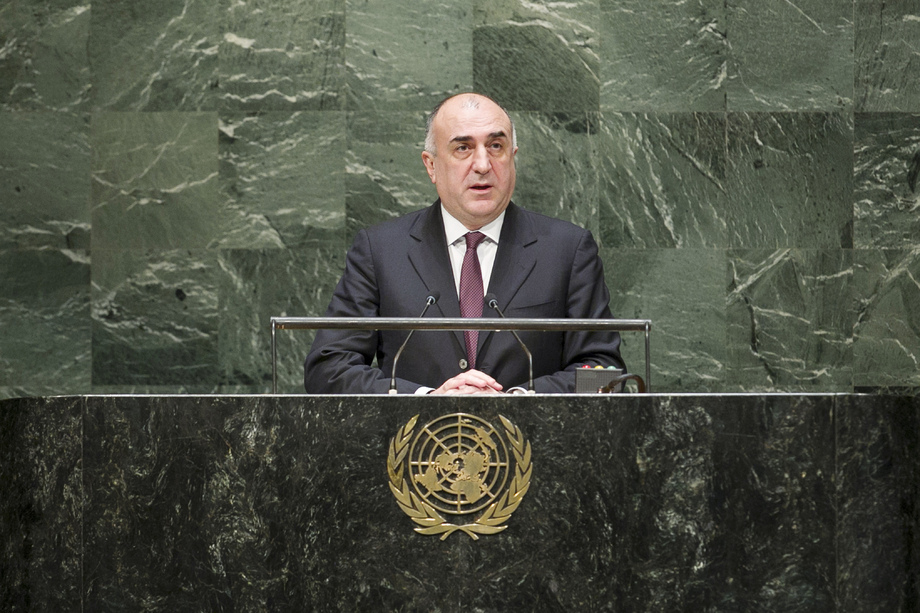 ELMAR MAHARRAM OGLU MAMMADYAROV, Minister for Foreign Affairs of Azerbaijan, said that his country’s record in attaining the Millennium Goals was unique.  GDP had increased 3.4 times over the last 10 years, with the country’s economy now accounting for more than 80 per cent of that of the South Caucasus.  The poverty rate had fallen from 49 per cent in 2004 to 5.3 per cent in 2014, while unemployment had dropped from 10.6 per cent to 5 per cent in that time.  That rapid development had enabled Azerbaijan to become an emerging donor of ODA.

Azerbaijan, he noted, had also established itself as a reliable supplier of energy in the global market.  A ground-breaking ceremony had recently been held launching the Southern Gas Corridor, which would allow Europe to receive gas from a completely new resource base in Azerbaijan.  The country had also initiated a trans-Eurasian information super highway to provide ICT services to the region.

Noting that violence and fragility remained the greatest obstacles to development, he said that the world community faced serious breaches of the fundamental norms and principles of international law.  In that context, he spoke of Armenia’s breach of Azerbaijan’s territorial integrity, about which the Security Council had adopted four resolutions in 1993.  Unfortunately, Armenia had disregarded them all.  It was crucial for the international community to play a proactive role in ending impunity for the crimes committed by Armenia against the civilian population of Azerbaijan.  The principle of self-determination required the return of displaced Azerbaijanis to the Nagorno-Karabakh region, where they would live with the Armenian community in peace, dignity and prosperity within Azerbaijan.

The representative of Azerbaijan took the floor in exercise of the right of reply, pointing to a "moral and legal irresponsibility" on the part of Armenia.  Four United Nations resolutions were the most authoritative rulings on the situation, all demanding the withdrawal of Armenia’s occupying forces.  No withdrawal was happening.  A state of aggression continued because of the ongoing occupation.  The representative had referred to self-determination, but the Armenian ethnic minority did not fit into any of the three categories recognized as being entitled to self-determination.

The representative of Azerbaijan also took to the floor for a second time, saying the claim of Nagorno-Karabakh’s independence was “an outright lie”.  Armenia had been responsible for the creation of a “subordinate, puppet regime” and had given vital political, military and economic means to the separatist regime.  She added that the ethnic make-up of the region was due to ethnic cleansing and stated that Armenia’s Head of State took pride in his involvement in atrocities.