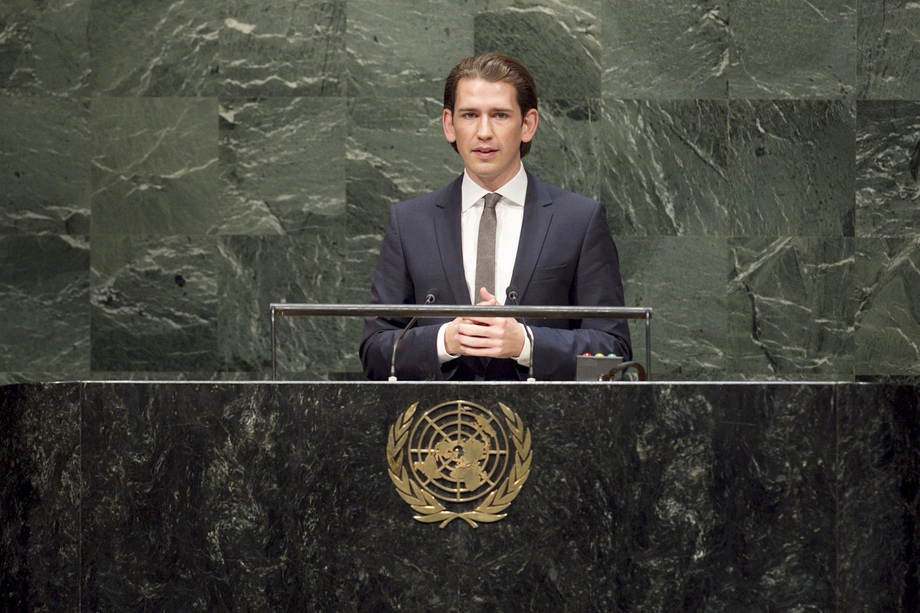 SEBASTIAN KURZ, Federal Minister for Europe, Integration and Foreign Affairs of Austria, said that the crisis in Ukraine was the most serious challenge to peace and security that Europe had faced in decades.  It was unacceptable that international law had been breached and that established borders had been challenged in Europe once again.  A ceasefire would not be enough; a lasting political solution resulting in a free, stable and united Ukraine was needed.  There must not be a return to a divisive, cold-war mentality.  Instead, progress must be made from a policy of “either Europe or Russia” to one of “both Europe and Russia”.

Looking beyond Europe, the world was witnessing a rise in extremism in the name of religion, he said.  On that issue, there was no time to lose; the events unfolding in Iraq must be addressed, as the so-called “Islamic State” was attempting to eliminate entire religious communities with the aid of a new phenomenon: foreign fighters.  Thousands held European passports and benefited from global communication and financing networks, he noted.  All had a duty to develop preventive measures to stop the flow of foreign terrorist fighters and cut off their financial support, he urged, adding that the adoption of the Security Council resolution on this issue was an important first step.

Turning to the post-2015 development goals, he noted that Vienna was fully behind the new agenda.  However, it must be ensured that respect for human rights and the rule of law received adequate attention.  Only in societies that respected their citizens’ rights would individual potential be able to thrive.  For that reason, Austria was honoured to be hosting the Second United Nations Conference on Landlocked Developing Countries in November.  The country was also proud to host a United Nations Office in its capital, and to support the Organization through its membership in the Human Rights Council, presidency of the Economic and Social Council, and peacekeeping contributions.