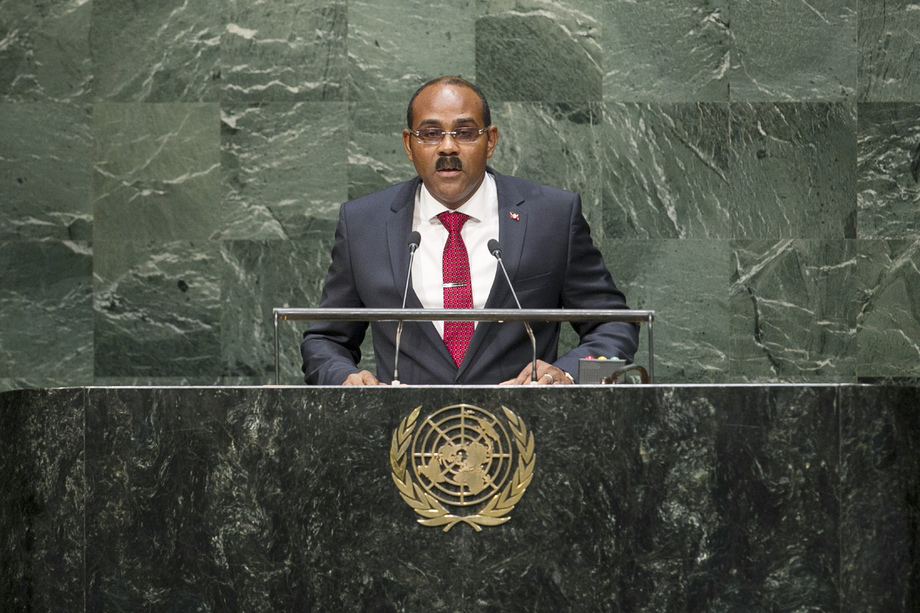 Gaston Alphonso Browne, Prime Minister and Minister for Finance and Corporate Governance, Antigua and Barbuda, said it was disappointing that powerful States had circumvented the United Nations in pursuit of their national goals.  Antigua and Barbuda strongly supported the Organization’s reform, especially of the Security Council.  Today’s arrangement, where five permanent members were in possession of veto power, was “an anachronism”, which not only had no legitimacy, but also paralysed the Council from acting in certain cases.  It was paradoxical, he said, that those nations advocated respect for democracy and the rule of law, but declined to implement those ideals abroad.

Small States like Antigua and Barbuda relied on the international rule of law to protect their rights, he said.  To that end, his country had 10 years ago brought a trade dispute with the United States to the World Trade Organization (WTO) Dispute Settlement Body.  Although the judgment had come down in favour of his country, the United States Government had not settled with Antigua and Barbuda, denying income to the country, which, had it been forthcoming, would have been used for climate change mitigation and to cope with the financial crisis.  It was crucial for democracy and the rule of law to be respected by the powerful as well as by the weak to avoid resentment and conflict.

He urged the United States to end its “unjust” blockade of Cuba, and again spoke of the theme of powerful versus weak.  His country was small, with no military might or economic clout, he said, adding, “All that we have is membership of the international system as our shield, and our voice in this body as our sword.”  That was why reform of the United Nations system was so crucial.  Turning to the Millennium Development Goals, he noted that the developed world was not meeting the official development assistance targets, which led the Caribbean Community (CARICOM) region as a whole to turn to “non-traditional” sources of assistance, such as from China and Venezuela.  The global economic crisis was still having an impact on small States in the Caribbean, and it was urgent for the United Nations, through its appropriate organs, to address the debts those countries had accumulated as a result.

Crisis was staring human civilization in the face, he said, whether it was through climate change, the Ebola virus, or the threat posed by the Islamic State, whose “savage and cruel” acts were deplorable.  The world could not afford to slip back into “the dark ages”, he said, stressing that the United Nations was critically needed at a time like this; it had no substitute anywhere in the world.  His country, for its part, was taking steps to build an all-inclusive, egalitarian society, working towards full gender equality and women’s advancement and empowerment.