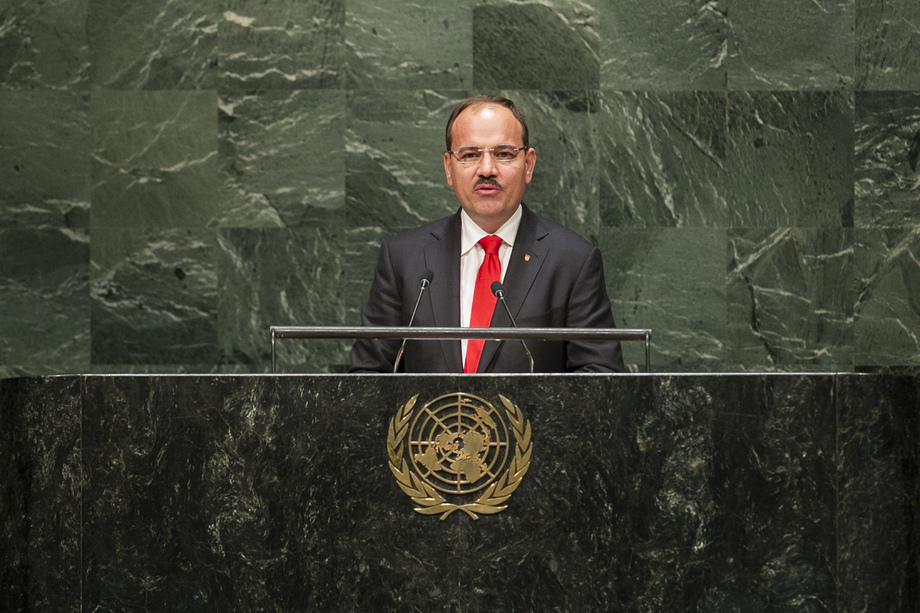 BUJAR NISHANI, President of Albania, said that peace, security and human values continued to be challenged in 2014.  In that context, he turned to events in South Sudan, stating that trust could be built only through a political, negotiated solution, where the rights of all communities were taken into account.  Albania, along with some 60 other Member States, had sought to refer the situation in Syria to the International Criminal Court, but that initiative had been vetoed in the Security Council, as had many others on the matter.  He emphasized that the perpetrators of atrocities in Syria must be held accountable.  The people of Syria deserved relief and justice.

Expressing concern at events in Ukraine, he said that a Permanent Member of the Security Council, the Russian Federation, had violated the sovereignty and territorial integrity of another country, thus undermining the Charter.  Although the Council had been unable to take action on the issue, the Assembly had voted overwhelmingly not to accept the annexation of Crimea and to support Ukraine’s territorial integrity.  The crises and disasters erupting around the world were also putting pressure on development.  There had nevertheless been successes towards achieving the Millennium Development Goals, and Albania had been an active participant in formulating the post-2015 development agenda, agreeing to test a proposed goal on governance and rule of law.  The transformative and inclusive sustainable development goals outlined in Rio in 2012 and the open-ended working group on sustainable development had produced a remarkable proposal on which to build.  He also applauded the finalization of standard operating procedures for Delivering as One and its action plan to simplify and harmonize them.

Terrorism was another high priority, which could only be met through collective action and a powerful response, he continued.  Condemning all terrorist acts committed in Iraq and Syria, he reported that Albania had joined the global coalition to defeat ISIS.  Noting that his own region was of geostrategic importance for Europe, he said Albania’s designation as European Union candidate would encourage intensification of domestic reforms.  He also expressed support for the overall development of Kosovo, the region’s youngest State, and for its territorial integrity in its current borders.  Dialogue between Kosovo and Serbia was facilitating European Union integration for both, he said, calling on all countries that had not yet done so to recognize Kosovo.

Turning to progress in his own country, he said that over the last two decades Albania had transformed from a totalitarian State to a functioning democracy, with progress most evident in the area of human rights.  The country offered a valuable model of respect for diversity, tolerance and coexistence for the Balkan region and beyond.  Its candidacy for the Human Rights Council, 2015-2017, was a logical consequence of the road it had taken to build a rights-based society, and membership would serve as impetus to further democratization.