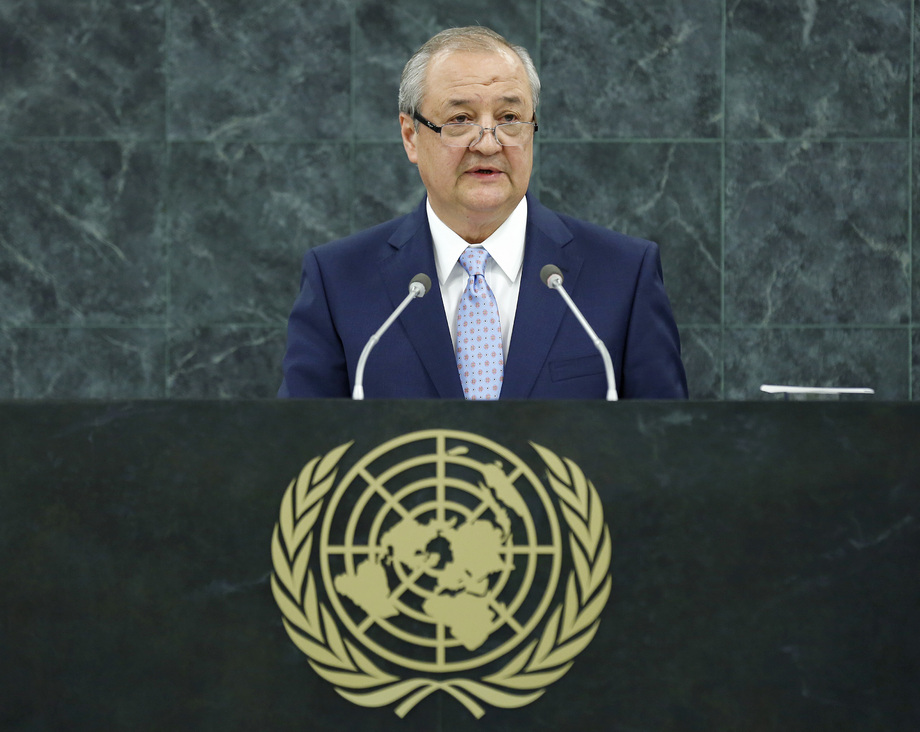 ABDULAZIZ KAMILOV, Minister for Foreign Affairs of Uzbekistan, said the 30-year-long war in Afghanistan remained a serious threat to regional and global security. The situation was unpredictable and uncertain, and the withdrawal of International Security Assistance Force (ISAF) troops in 2014 could lead to an escalation of confrontation. It could also stir up terrorism, extremism and drug trafficking, while provoking an interregional standoff. The only way out of the crisis was a political solution through negotiations between the main forces, he said. Uzbekistan’s open and clear policy on Afghanistan was based on good neighbourliness and non-interference in internal affairs, he said. It would continue to develop mutually beneficial and friendly ties with the neighbouring country on a bilateral basis, while supporting the Government elected by the Afghan people. The new global development agenda being elaborated at the United Nations reflected the interconnection of human beings with the environment, he said. Uzbekistan attached priority attention to sustainable development and ecological safety, as confirmed by its recently adopted Action Programme on Environmental Protection for 2013-2017. Describing the loss of the Aral Sea as one of the largest global ecological disasters in contemporary history, he expressed gratitude for the assistance provided by the United Nations and Secretary-General Ban Ki-moon in addressing that catastrophe. Such support gave countries in the region confidence that they would not be left alone in their struggles. Ensuring the reasonable use of water resources was an acute problem, he continued. Noting the shortages of potable water in the region, he expressed concern over plans by Tajikistan and Kyrgyzstan to construct new hydropower stations on the Amudarya River, which fed the Aral Sea. It was unacceptable to construct hydropower facilities in international watercourses without preliminary endorsement by all the countries involved, he emphasized, citing the 1992 United Nations Convention on the Protection and Use of Transboundary Watercourses and International Lakes.