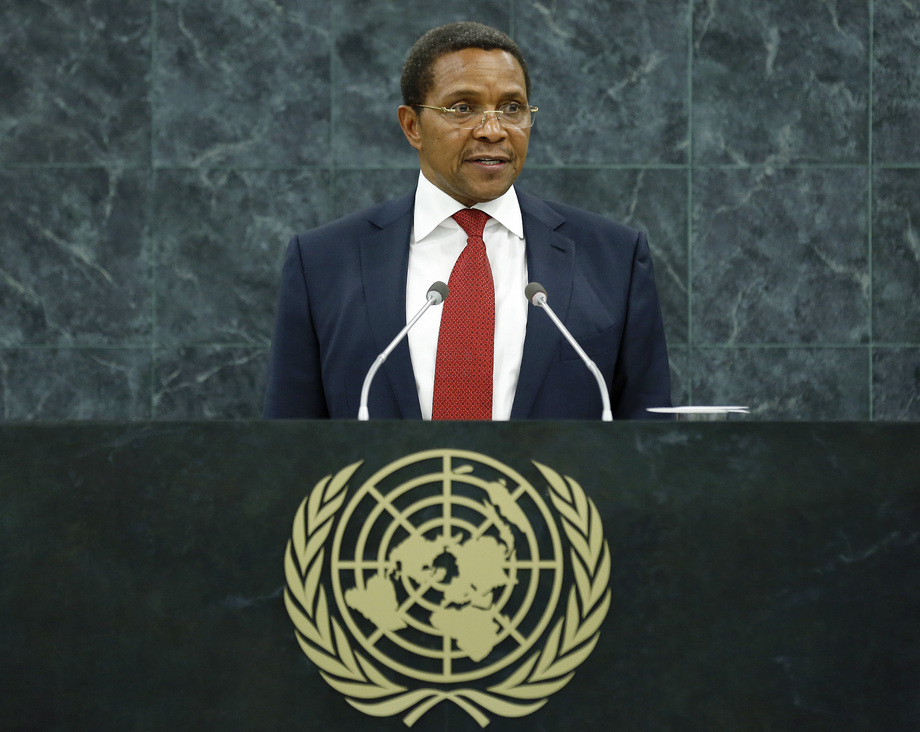 JAKAYA MRISHO KIKWETE, President of the United Republic of Tanzania, noted significant national progress in implementing the Millennium Development Goals of achieving universal primary school enrolment, reducing HIV/AIDS and child mortality, and improving the potable water supply in urban areas. He welcomed the discussions on Council reform. Africa would not relent in demanding that it be enlarged to give Africa a permanent seat. He regretted that conflicts worldwide continued to impede development. The recent use of chemical weapons in Syria, as confirmed by the United Nations inspections team, was distressing. He condemned such flagrant, senseless killing of innocent people, among them children. He commended the Secretary-General and the Council for the way they handled the matter. “I believe the doors for a peaceful solution to the Syrian problem are not closed and that a military solution should be the least resort,” he said. He regretted the suffering of the people in the Democratic Republic of the Congo, stating the conflict had gone on far too long. He hoped the Secretary-General’s initiative that led to creation of the Peace, Security and Cooperation Framework for the Great Lakes Region would bring lasting peace and development. Armed groups with varied interests that were exacerbating the conflict in that country should be neutralized and disarmed. To that end, he welcomed creation of the Force Intervention Brigade to bolster MONUSCO (United Nations Organization Stabilization Mission in the Democratic Republic of the Congo). His Government had agreed to contribute troops to the Brigade because the latter could help deter belligerence and create an environment conducive for a political process. Since 2007, the United Republic of Tanzania had contributed troops to various United Nations peacekeeping operations, he said. With more than 2,500 troops in Lebanon, Darfur and the Democratic Republic of the Congo, it was Africa’s sixth largest military and police contributor. It was disturbing that armed groups and peace spoilers were increasingly attacking peacekeepers. There was no justification for such attacks; they were a crime under international law. He called for ending the unilateral economic, commercial and financial embargo against Cuba. He was deeply encouraged by recent developments in Cuba-United States relations, particularly the removal of restrictions on family travel, cash remittances and telecommunication services. It was “high time” the Organization took bold action to give the Saharawi people the opportunity to decide on their fate, he said. It was incomprehensible that the Council, which had handled bigger security challenges, had yet to decide on Western Sahara for almost 40 years. He regretted the rift between the International Criminal Court and Africa, which perceived the Court as irresponsive to the African people’s legitimate concerns. The Court continued to ignore the African Union’s repeated requests and appeals. Legitimate requests concerning the timing of the trials of Kenyan President Uhuru Kenyatta and Deputy President William Ruto had gone unanswered. “This attitude has become a major handicap that fails to reconcile the Court’s secondary and complementary role in fighting impunity. Indeed, the Court’s rigidity has proven counterproductive and stands to undermine the support it enjoys it Africa,” he said. He strongly condemned last week’s cowardly terrorist attack at the Westgate Mall in Nairobi, noting it was a heart-breaking reminder of the threat that terrorism posed to humanity. It was vital to increase vigilance, enhance regional and global cooperation and scale up the fight against terrorism. He stressed the need to take advantage of the current scientific and technological innovations; information and communications technologies; and lessons learned from development programmes to build a world without poverty, hunger, disease and deprivation.