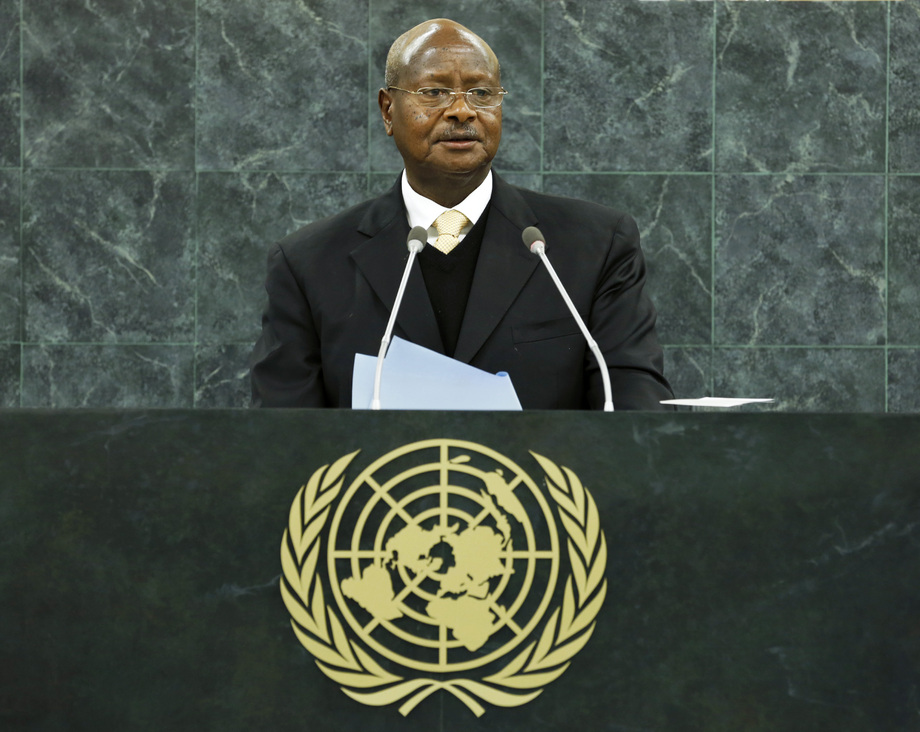 YOWERI KAGUTA MUSEVENI, President of Uganda, said that the Millennium Development Goals could not be achieved without socioeconomic transformation. He noted that Uganda had faced a number of obstacles in making this transformation, including: ideological disorientation; weak State institutions; inadequate infrastructure; an unskilled workforce; small internal markets; a lack of industrialization and modernization; and incorrectly assessing the private sector. He said that his country had been aware of these problems from the beginning and had taken actions to address them. As a result, he noted that the country either had achieved or was on the right track to achieving the Millennium Development Goals. On international peace and security, he emphasized that wherever international action was needed, regional and global consensus must be sought. He said that where there was a need for freedom, people could fight for themselves and did not have to be sponsored by external forces. Expressing anger towards actors who habitually ignored the African Union’s positions on African matters, he said although the “patriotic forces” had been taken by surprise by the renewed arrogance of the “old mistake makers”, they would react appropriately to protect Africa against hegemonism. The latest manifestation of arrogance was from the International Criminal Court in relation to the elected leaders of Kenya, he said. Many African States had supported the establishment of the Court as they hated impunity, but it, in a “shallow, biased way”, had continued to mishandle complex African issues. This was not the right way, he said, adding: “Kenya is recovering; let her recover.” Turning back to development, he noted that in the process of socioeconomic transformation, Uganda’s biggest problem was funding. Initially, the country had to rely on external funding, which was “limited, slow in coming, not always focused and erratic”. Although its economy had achieved an average growth rate of 6.5 per cent over the past twenty years, with reliable funding, particularly for the infrastructure, the country could have achieved more. He noted that with more of its own money, Uganda had been able to move much faster in infrastructure development. However, he said that still, additional external funding, if focused, sizeable and on time, could be very useful. Uganda and many other African countries were moving ahead robustly, he said, adding that the future was bright and their forward movement was irreversible.