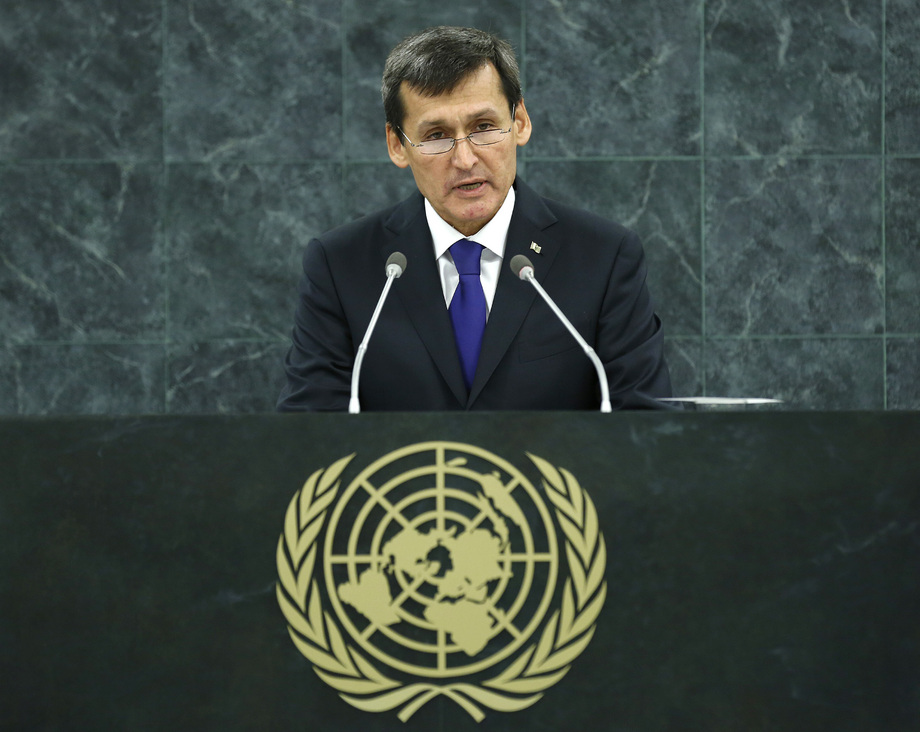 RASHID MEREDOV, Deputy Chairman of the Cabinet of Ministers of Turkmenistan, stressed that solutions to international conflict based on the use of force were doomed to fail. Political and diplomatic means must be implemented in resolving international issues, he said, reiterating his support for the adoption of a United Nations declaration on the matter. Such a document would contribute to the expansion and strengthening of the legal basis for the work of the General Assembly, Security Council and other United Nations entities dealing with peace and stability. Disarmament was the most important problem facing the world today, he said, proposing a high-level meeting on the matter.

Taking into account the need to enhance effectiveness at the regional level, Turkmenistan launched a forum of peace and cooperation aimed at enhancing political dialogue in Central Asia. Achieving universal security to a large extent depended on ensuring security in the sphere of energy, he added. Needed was a universal international law “tool-kit”, which would include a multilateral document forming the legal basis for relations in the sphere of the international energy supply. In addition, an international database designed to collect and analyse methods used in the implementation of international obligations on energy would also be helpful.

Calling transport in the twenty-first century the architecture for an integration breakthrough, he said, “it is our firm conviction that [the] future belongs to this combined system” of communication involving major international and regional maritime, road, railroad and air hubs. On climate change, he emphasized the need to enhance implementation of the United Nations Convention on combating desertification. A subregional centre on technologies relating to climate change in Central Asia and the Caspian Sea basin would help countries strengthen their environmental security and coordinate regional efforts. Refugees and stateless persons remained a serious global problem, he said, adding that it was important to develop long-term solutions to that issue based on international norms and law.