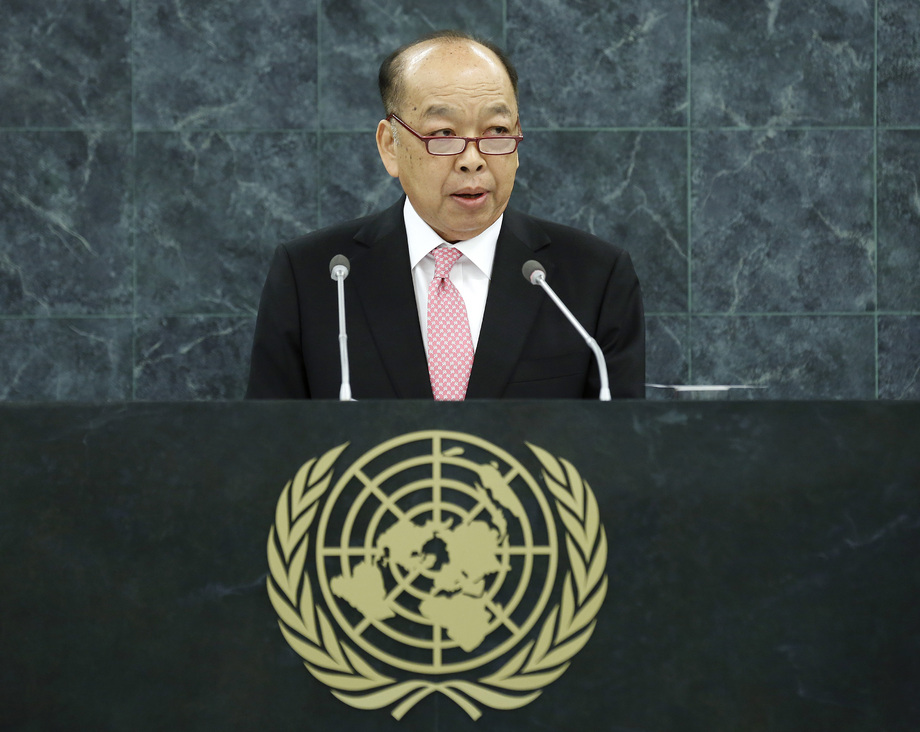 Surapong Tovichakchaikul, Deputy Prime Minister and Minister for Foreign Affairs of Thailand, said that with conflicts raging, such as in Syria, Member States had to ask themselves whether multilateralism lived up to its expectations. The success of the United Nations ultimately depended on its Member States and their ability to do better in the face of critical challenges. Despite widespread condemnation and outrage for the Syrian crisis, the United Nations had initially been unable to act. Thailand, therefore, welcomed the Security Council’s adoption last evening of the resolution on Syria and urged its effective implementation. In setting the stage for the post-2015 development agenda, he said, it must be recognized that development could not take root without peace and security, democracy and human rights. Those three pillars should be nurtured together. Ways must be sought to achieve consensus on issues that mattered the most. In the area of security, for instance, when States failed to protect their own population, it was crucial that actions matched words. To avoid future paralysis in the Council when action was most needed, consensus must be achieved on its urgent reform. On other matters of concern, he said sustainable development must be at the heart of the United Nations agenda, and there should be special emphasis in the post-2015 agenda on the needs of the most vulnerable countries. Failing that, millions would be left behind. For many States, climate change “strikes at the very heart of survival”, as it was linked to food security. The impact on agriculture affected the whole world, and not only food producing countries. The foundation of development was human security, which, in turn, was to be built on education and health care, he said. Thailand had implemented in the last ten years a programme that charges only $1 for a doctor’s visit, ranging from common illnesses to life-saving surgeries. Universal health care was also available to non-Thai nationals and had saved 300,000 households from falling into poverty. To provide a nurturing environment for unity and consensus, a new global partnership must be forged through associations with like-minded States, the United Nations, regional organizations and civil society, he added. This process was well under way in Asia, where ASEAN was strengthening its partnership to become a Community of over 600 million people by the end of 2015. Thailand was seeking Security Council membership for the 2017-2018 period, and a seat on the Human Rights Council for 2015-2017.