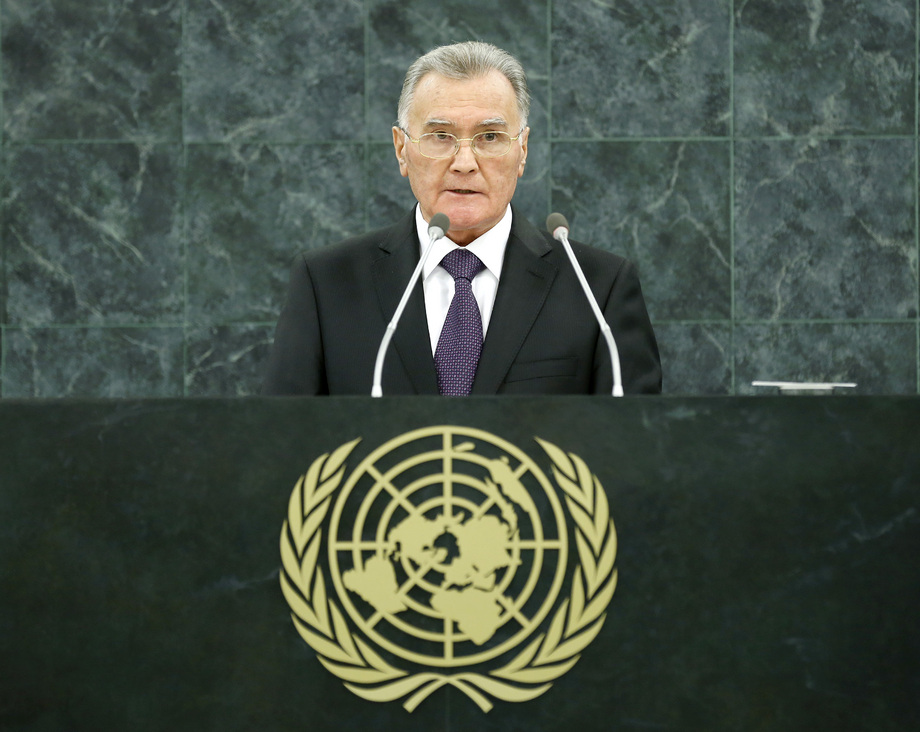 OQIL OQILOV, Prime Minister of Tajikistan, emphasized the need to include water resources on the global sustainable development agenda. To highlight the key role of water resources, he said his country had initiated several water-related General Assembly resolutions, including one declaring 2013 as the International Year of Water Cooperation. At the International Conference on Water Cooperation hosted by Tajikistan on 20-21 August, the President had put forward an initiative to develop a “road map” for the implementation of water-related sustainable development goals, he recalled, urging international support for that initiative. While acknowledging the remarkable progress made in pursuit of the Millennium Development Goals, he pointed out that 768 million people were still using unsafe water sources, and that about 2.5 billion people lacked access to basic sanitation. Besides, the level of progress was unbalanced in different regions, and even different areas of the same countries, he said, stressing the need to accelerate implementation. It would be impossible to achieve development targets without ensuring reliable and universal access to energy, he continued. It was also essential to increase the share of renewable energy sources in the total energy mix, to enhance energy efficiency and to promote the transfer of technology. As a country possessing huge hydropower potential, Tajikistan was undertaking every effort for the comprehensive development of its power engineering, he said. Stressing that effective regional cooperation could make a considerable contribution to the formation of a new global partnership for sustainable development, he pointed out that in the Central Asian region, such cooperation depended in many respects on strengthening peace and security in Afghanistan. International aid to that country should be aimed, above all, at full economic recovery, further strengthening of the social sphere and generating new jobs, he said. Meanwhile, Tajikistan called on the international community to help Afghanistan’s neighbours strengthen border controls and combat drug-trafficking, one of the major financing sources of terrorism. In recent years, Tajikistan had intensified its interaction with the United Nations special procedures on human rights, he went said. The desire to contribute to an open and fair dialogue in the human rights field had motivated the country to submit its candidacy for the United Nations Human Rights Council for the period 2015-2017, he said, expressing hope that Tajikistan would win support at the elections to be held during the General Assembly’s sixty-ninth session.