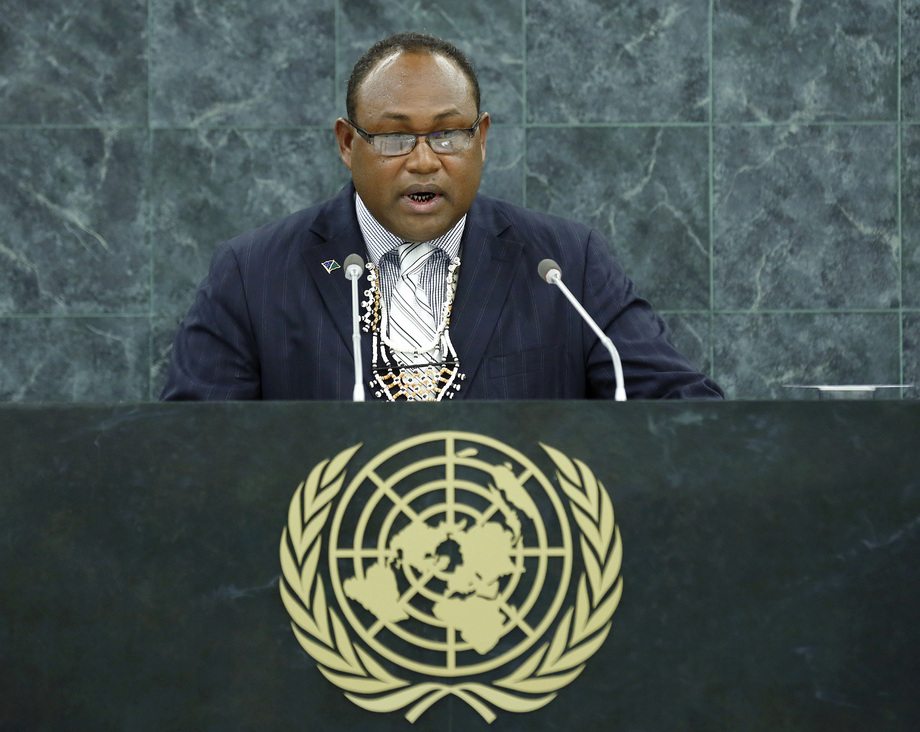 MANASSEH MAELANGA, Deputy Prime Minister of the Solomon Islands, said his country’s Millennium Development Goals score card was mixed, having progressed on some fronts and remaining off track on others. The post-2015 development agenda was an opportunity to “change the way we do business”, he said, noting that his country sought a new spirit of partnership that would reform the global economic architecture. The Pacific subregion supplied 60 per cent of the world’s tuna, and for more than three decades, its countries had developed fisheries institutions and legal and management frameworks. “With international support, we can supply the world with fish.” He noted that 1.3 billion people lacked access to electricity, half of whom lived in least developed countries. Pacific small island developing States were creating a renewable energy database to enhance Pacific inclusion in international energy dialogue and provide data to inspire new global partners to pursue “on the ground” investments, rather than studies. Infrastructure development was also critical, especially for providing opportunities for rural populations.

Turning to climate change, he said it was a global issue that required a global solution, as its alarming pace posed unprecedented threats to peoples’ survival. The livelihood and well-being of his people were under threat amid increased carbon dioxide concentrations. He welcomed the Secretary-General’s proposal to convene a climate change summit in 2014, expressing hope it would not be a “talk fest”, but rather garner the necessary political will from States to increase their commitment to reduce and phase-down greenhouse gas emissions, commensurate with science. “That summit remains our best hope in avoiding impacts from reaching an irreversible level,” he stressed, voicing regret that some countries had opted out of their multilateral obligations.

He said: “We count on the world to enable small island developing States to eradicate poverty, build resilience and unleash the potential of our youth.” His country had established new diplomatic missions this year in Cuba and Malaysia, and, recalling the overwhelming call in the General Assembly for lifting the economic blockade against Cuba, he expressed hope that the United States would embrace a “forward-looking” policy. Touching on bilateral cooperation in Papua New Guinea, he also welcomed progress by Fiji for people to freely express themselves through parliamentary elections due in 2014. On the Middle East, he noted with concern the preliminary findings on chemical weapons use in Syria, and welcomed the Russian Federation and United States initiative to destroy them. He also voiced support for all international efforts towards the resumption of negotiations between Israel and Palestine. His country continued to seek observer status for the “Republic of China” at the International Civil Aviation Organization and the United Nations Framework Convention on Climate Change.