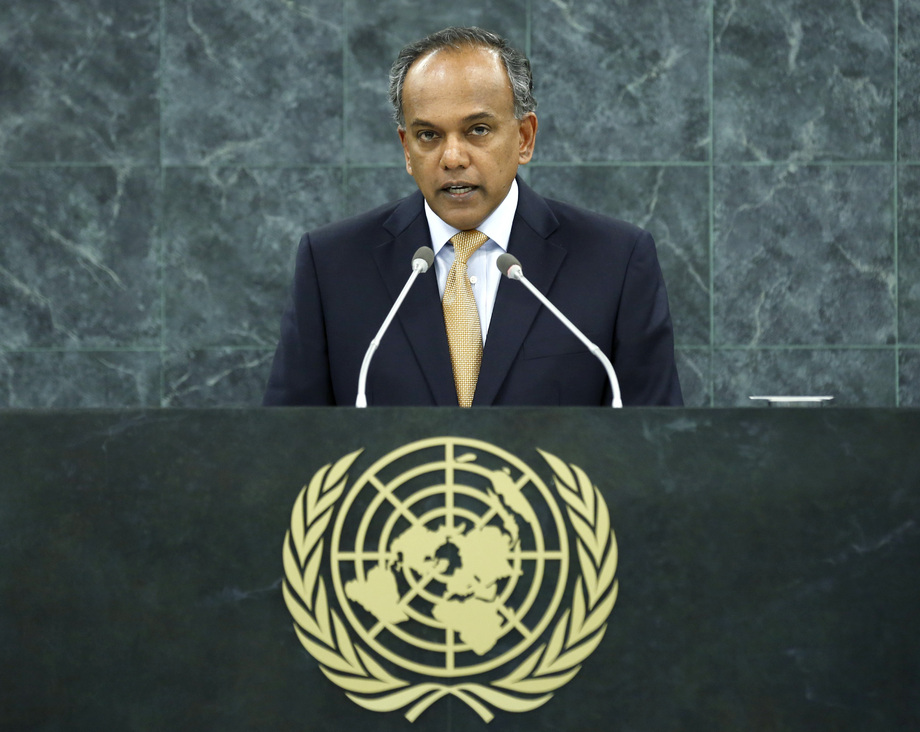 K. SHANMUGAM, Minister for Foreign Affairs of Singapore, said “We cannot go on with business as usual”; there was a need to “re-think and re-tool” economies and societies, and place poverty eradication and sustainability at the centre of the development agenda. The United Nations, with its universal membership and access to global data, had a critical role in the evolution of the post-2015 development agenda. It had adopted an inclusive and multi-stakeholder approach to gather the views of Member States and harness the energy from civil society, and he hoped that those strands of discussion would be woven into a single, clear framework. He went on to share Singapore’s approach towards sustainable development. Given the country’s land and resource constraints, sustainable development was “a necessity, not just a slogan”. At 700 square kilometres, Singapore was only slightly bigger than Manhattan. To ensure liveability, the Government’s policies on housing, infrastructure, transport and the environment had been well-integrated into a long-term and holistic vision. Over several decades, the country had managed to pursue growth while preserving a good living environment. For example, despite being densely populated and highly urbanised, Singapore’s greening efforts had resulted in vegetation coverage over more than 50 per cent of the country. He then proposed three priority areas for the post-2015 development agenda. First, Member States should learn from the example of the Millennium Development Goals and avoid being prescriptive. As each country was unique, they should be allowed to exercise flexibility in terms of which goals they chose to prioritize and how they would achieve them. The new agenda should adhere to an outcome-based approach. Second, more emphasis should be put on urban management and the intertwined issues of water and sanitation. Third, the views and concerns of small States, particularly small island developing nations, should be incorporated in the coming agenda. He outlined several programmes developed by Singapore to promote sustainable development internationally, and added that the country remained committed to making further contributions.