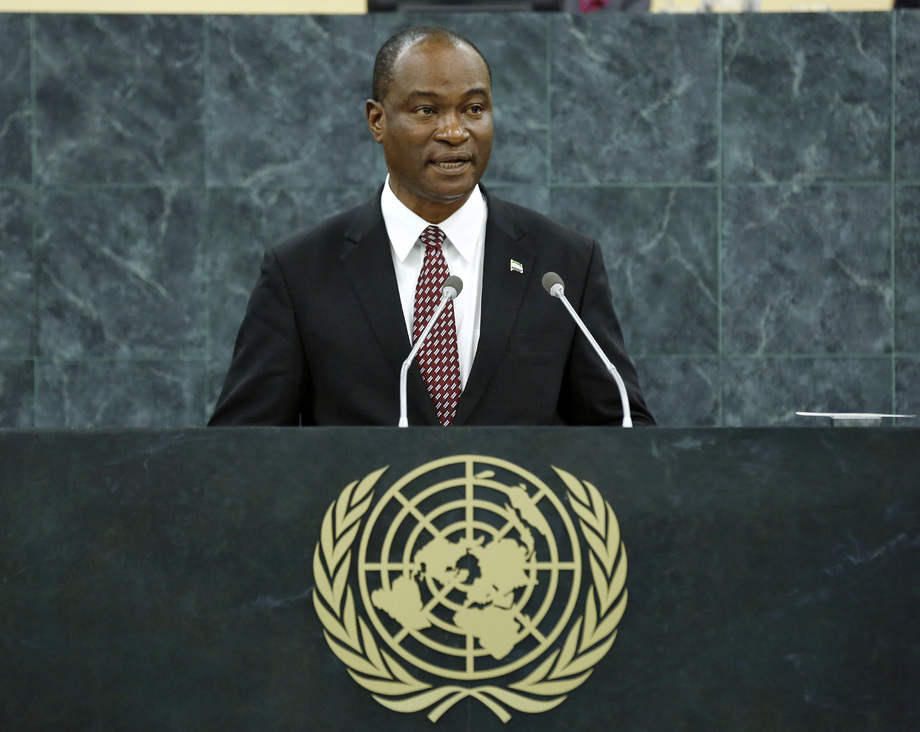 SAMURA KAMARA, Minister for Foreign Affairs and International Cooperation of Sierra Leone, pointed out that inequality was on the rise, particularly in South Asia and sub-Saharan Africa, where food insecurity and malnutrition were still prevalent. In other regions, access to health and education had been expanding, although the quality of those services remained questionable. Hence, the theme for the current Assembly session was appropriate, since as the sustainable development goals must be at the very core in addressing the causes and consequences not only of poverty, but also of conflict, violence and natural disasters.

Describing the Arms Trade Treaty as a significant and historic achievement, he expressed hope that it would halt the illegal transfer of conventional weapons into the wrong hands. The escalation of conflicts in the developing world, particularly Africa, could now be largely regulated and minimized, he said. November’s presidential, parliamentary and local government elections had signalled the country’s readiness to move into a more developmental phase of peacebuilding. With support from the Peacebuilding Commission and the Peacebuilding Support Office, as well as international partners and treaties, Sierra Leone would continue to make gains in good governance, human rights and gender equality.

He said the “Agenda for Prosperity”, launched in July, was Sierra Leone’s road map to the post-2015 development agenda. Building a sustainable future for all Sierra Leoneans required sound macroeconomic management and fiscal policies for a society with strong institutions. As a post-conflict country, Sierra Leone had good credentials and was a deserving candidate for continued international support, he said. Sierra Leone had recently established a commission for persons with disabilities, enacted the Sexual Offences Act 2012 to address sexual violence against women and girls, and was currently promoting a bill that would enhance women’s participation in decision-making processes.