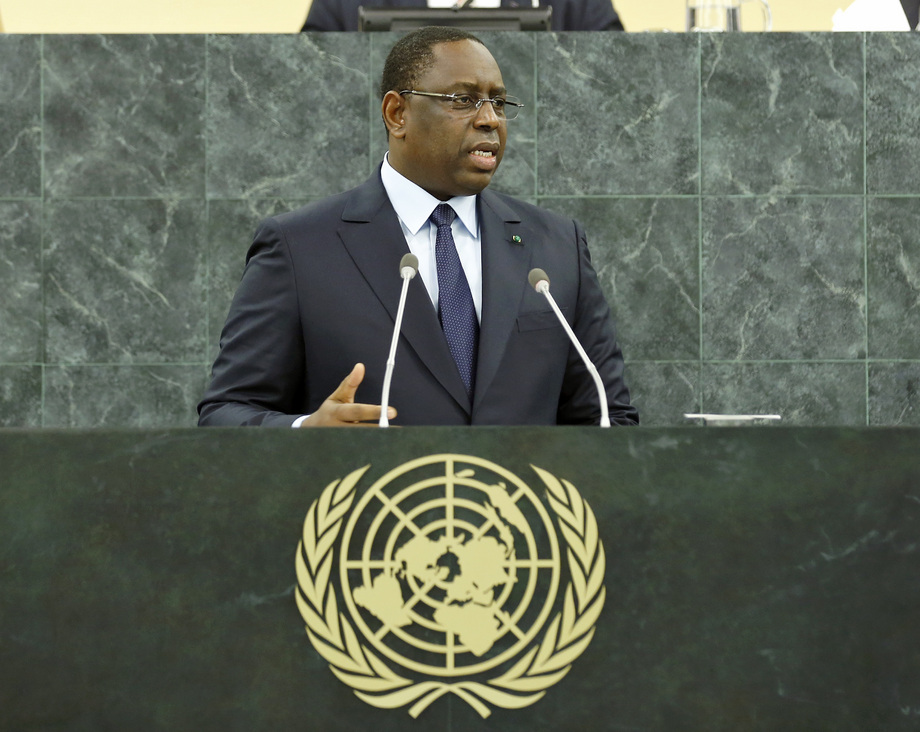 MACKY SALL, President of Senegal, said that despite the progress made after more than a decade of Millennium Development Goals implementation, the magnitude of the remaining challenges was overwhelming. The daily lives of close to a billion people had barely improved; women continued to die in childbirth; inequalities persisted within and between countries; and the global economic crisis was worsening. In the quest for sustainable development, the Paris Climate Conference, scheduled for 2015, would be an opportunity to “pull ourselves together”, by reversing such negative trends. In the fight against poverty, he said, investment in education, training and youth employment was needed. Modernizing agriculture, making electricity accessible to all and developing infrastructure that fostered trade and investment were also critical. The New Partnership for Africa’s Development (NEPAD) was seeking to promote its Programme for Infrastructure Development in Africa, and as the organization’s Chair, he welcomed action against tax evasion and other fraudulent practices affecting the economy. Establishing mechanisms to improve transparency in international transactions was also imperative, he said, calling for reform of international economic and financial governance, notably the conditions of access to credit and financing of economic and social development projects. Plummeting ODA was not meeting Africa’s needs, he said, pointing out that the dynamics of progress had led African countries to explore innovative financing mechanisms and social development projects. No longer a “zone of turmoil” and humanitarian emergencies, Africa had become an emerging pole of opportunities and investments. He said: “The world has changed. Africa too has changed,” which required a shift of paradigm. He called for reform of the Security Council, saying it should serve all Member States. Senegal supported the United Nations Mission in Mali, and welcomed the restoration of territorial and constitutional integrity, as well as national reconciliation efforts being deployed by the Malian Government, in accordance with the Ouagadougou Agreement. Although armed groups had been defeated, the terrorist threat to the Sahel remained. More broadly, permanent, coordinated and sufficiently deterrent action was needed to root out security challenges on the continent, in line with African Union plans, such as the African rapid response force. In Guinea-Bissau, Senegal was supporting the Government in its transition efforts to successfully carry out the elections, he said, urging partners to pursue a resolution through economic recovery, reform of the defence and security sector and the fight against illicit drug trafficking. Similar attention must be paid to the Central African Republic and the Democratic Republic of Congo in their aspirations for peace and stability. He underscored the need to respect African Union principles against anti-constitutional changes of Government, regardless of the process used. On Syria, he expressed deep concern over the suffering of its people and urged the Government to exercise restraint and to comply with the agreement concluded for the control and destruction of its chemical weapons. As Chairman of the Committee on the Exercise of the Inalienable Rights of the Palestinian People, he called for a resumption of Israeli-Palestinian peace negotiations, in support of a two-State solution. In closing, he said that sexual violence in times of conflict was an act of unbearable cruelty for victims and their families. Such acts were war crimes and serious violations of human dignity, he said, emphasizing that victims must no longer feel isolated and alone, and perpetrators must be tracked down, prosecuted and punished.