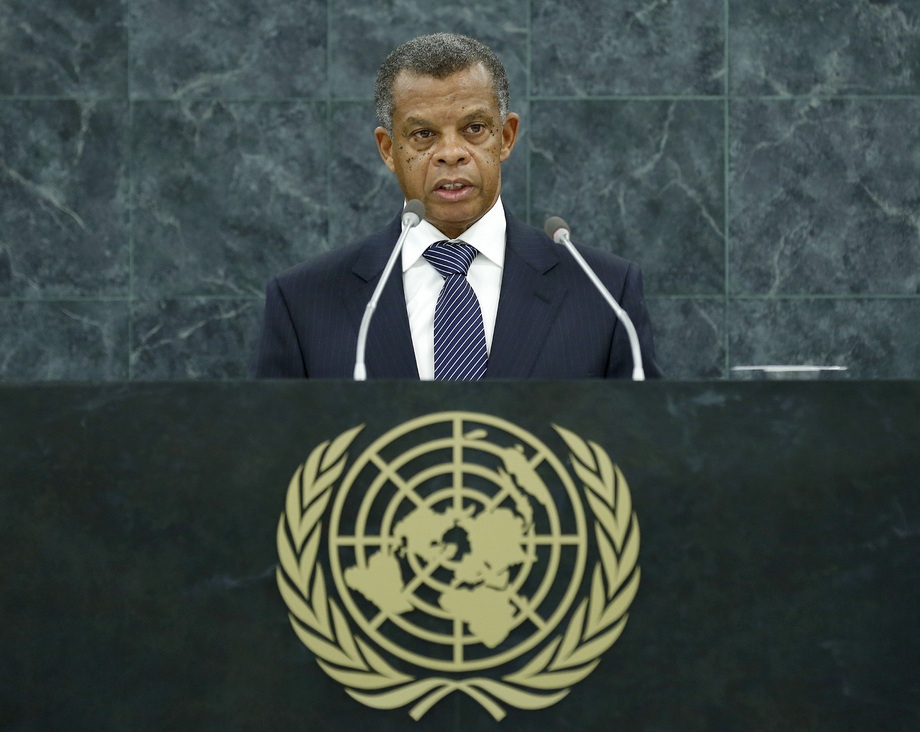 CARLOS FILOMENO AGOSTINHO DAS NEVES ( Sao Tome and Principe) said that providing his people with easier access to education, basic health care, safe drinking water, and modern communications, was an enormous effort for a country with sparse economic resources. Welcoming the current session’s theme on development, he said a new agenda must offer a framework to consolidate the significant progress made in implementing the Millennium Development Goals. It was important to adapt to the new challenges of our time. Reform of the United Nations would provide greater agility, representation, effectiveness, capacity and legitimacy that required it to continue to ensure peace, security, and development. On foreign policy, he stressed the need for stability in the Democratic Republic of the Congo, Guinea-Bissau, and Mali, which he called a country “tormented by a fratricidal war”. Speaking on the Central African Republic, he stated that today represents one of their “worst moments” in history. Combating piracy, especially in the Gulf of Guinea, was conducive to global security. Sao Tome and Principe had also taken steps making it more difficult for it to be used for the purposes of money laundering or financing of other illicit or criminal acts. On Syria, he supported the dismantling of chemical weapons and urged all parties to pursue a compromise that would lead to the cessation of hostilities. He also expressed support for right of a Palestinian State to exist, called for the lifting of the embargo on Cuba, as well as constructive dialogue between Taiwan Province of China and China.