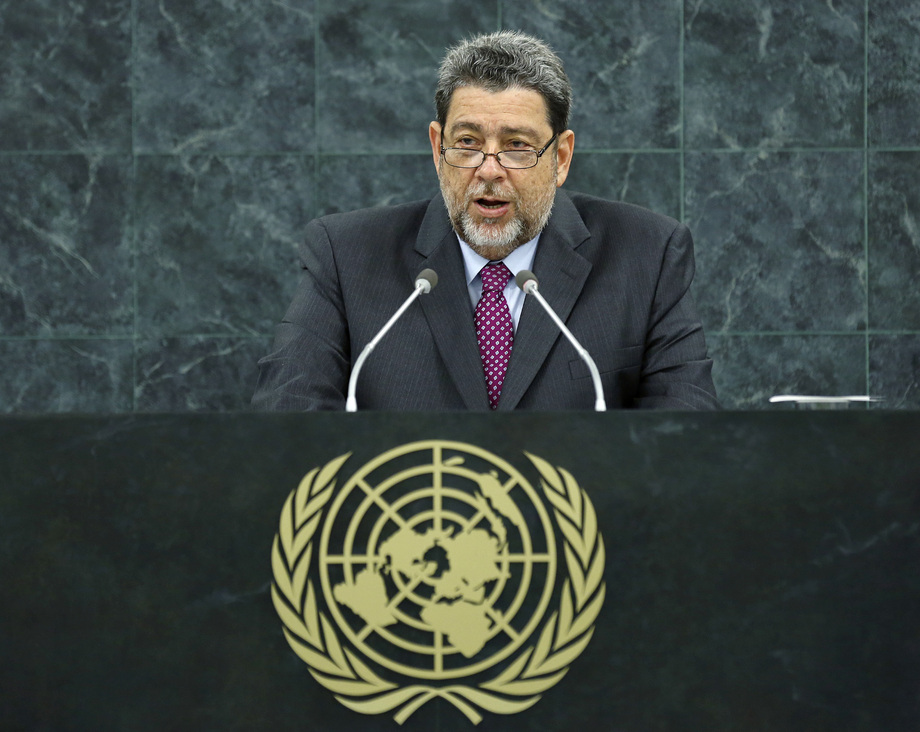 RALPH E. GONSALVES, Prime Minister of Saint Vincent and the Grenadines, said the failure to achieve the Millennium Development Goals was rooted in the shortcomings of developed countries, 16 out of 25 of which had reduced their aid budgets in 2012. Official development assistance had contracted for the second consecutive year and the global financial crisis had rendered the Millennium Goals unattainable for many countries. However, Saint Vincent and the Grenadines was one of 18 countries recognized for having met Goal 1 — halving the proportion of hungry people. Hunger was now below 5 per cent and the country had set its sights on eliminating hunger altogether, he said.

Recalling that his country had hosted the first-ever Regional Conference on Reparations for Native Genocide and Slavery, he called on European nations to partner in a focused way on repairing the historical wrongs of native genocide and African slavery. “It promises to make both Europe and the Caribbean more free, more human, more good-neighbourly.” He also called on the United Nations to apologize and take immediate steps to provide compensation to victims and families of the 2010 incident in which United Nations peacekeepers were accused of having contaminated drinking water with cholera in Haiti.

He said some countries had disregarded international law and taken illegal actions that had shaken the very foundation upon which the United Nations had been established. The United States must end its economic blockade against Cuba and remove that country from its list of countries supporting terrorism. In addition, he expressed hope that serious negotiations on the Israeli-Palestinian conflict issue would result in a sustainable peace.

Turning to the crisis in Syria, he said all parties would need to make compromises to end the conflict. Regarding allegations of surveillance by the United States, he declared: “We strenuously reject any such activity as illegal, a violation of diplomatic conventions and an affront to the comity of nations.” He described the Arms Trade Treaty as an important first step towards regulating the illicit flow of small arms and light weapons around the world, particularly in the Caribbean, where they were often accompanied by drugs.