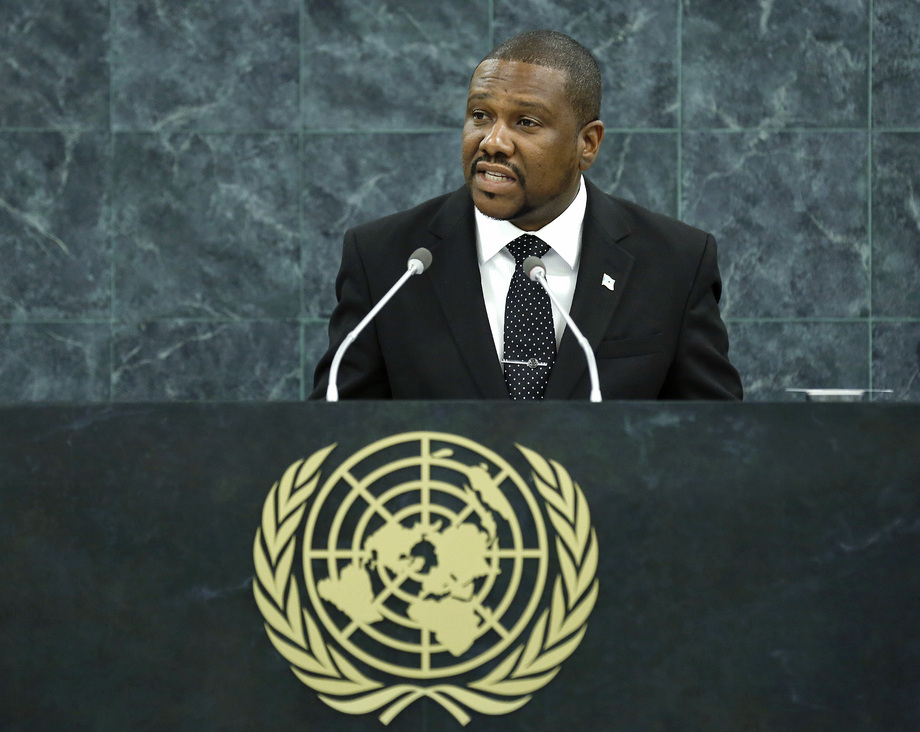 ALVA ROMANUS BAPTISTE, Minister for External Affairs, International Trade and Civil Aviation of Saint Lucia, noted that his country took part in many national consultations on the post-2015 development agenda, with the support of the United Nations Development Programme (UNDP). Those consultations emphasized that Saint Lucia and other small island developing States had serious vulnerabilities which had escaped the attention of some development partners. The post-2015 agenda must address the issues of concern to small island developing States, such as rising sea level, non-communicable disease, loss and damage assessment and funding regarding natural and man-made disasters. Among other concerns to his Government, he said, were the causes of climate change, particularly overdependence on fossil fuels, and its “decimating march on the debt profiles of small, under-developed and vulnerable economies”. The Caribbean region had hosted the conference on “Achieving Sustainable Energy for All in Small Island Developing States” in Barbados in May 2012, in which States had resolved to set targets for increasing the renewable component in the energy mix. As a member of the Intergovernmental Committee of Experts on Sustainable Development, Saint Lucia acknowledged the work of the Committee on financing for sustainable development. He joined other speakers from the Caribbean Community in drawing attention to a decision made by the Heads of State and Government of the regional bloc in July. The decision mandated Governments in the region to collectively seek reparations for exploitation during the transatlantic slave trade. Saint Lucia had agreed to the establishment of a Caribbean reparations commission that would prepare relevant documentation, and strategies, to pursue the practical achievement of that goal with the central focus of righting the wrongs of the past and elevating the status of the peoples.