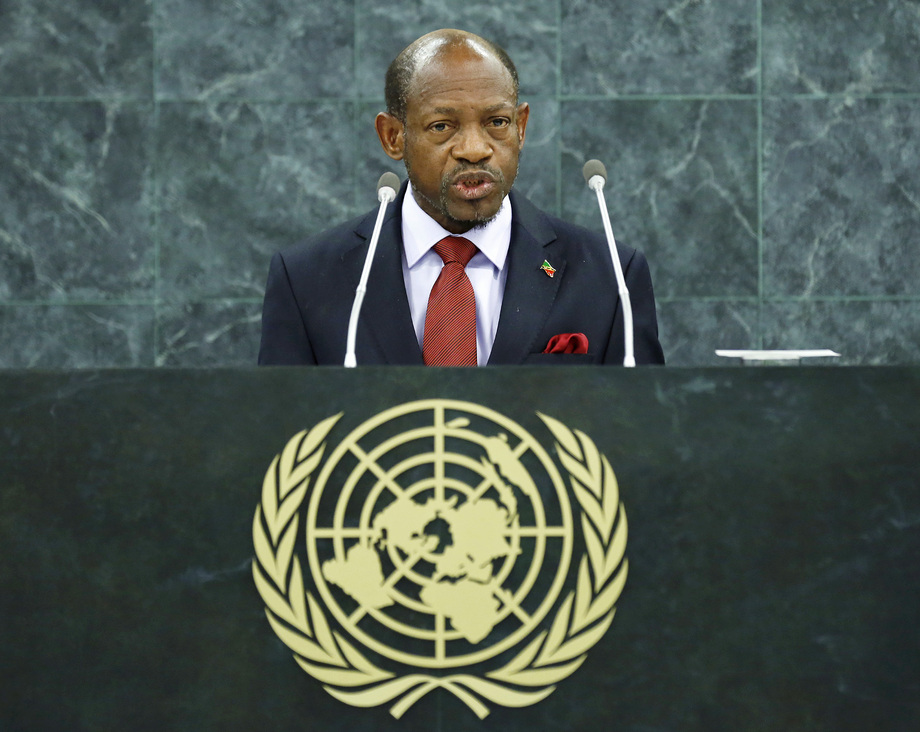 DENZIL L. DOUGLAS, Prime Minister of Saint Kitts and Nevis, said that his country’s formerly sugar-based economy had been transformed into a service-oriented one driven by tourism, offshore education, agriculture and the manufacture of electronic components. Saint Kitts and Nevis had also made tremendous strides towards meeting the Millennium Development Goal on eradicating poverty through solid and expansive social safety infrastructure providing health care, education subsidies, housing and food to the most vulnerable segments of society. However, cognizant that poverty eradication was intrinsically linked to sustainable development, a balanced approach was needed to blend economic growth, equity, social inclusion and environmental sustainability, he said.

No discussion of development could progress without reference to health, he continued. Health systems must be reoriented and reinforced to ensure equitable access to high-quality care, thereby advancing development. The high incidence of non-communicable diseases placed an increased burden on economies that were already highly vulnerable to external shocks and natural disasters, diverting resources that could be allocated to building quality infrastructure and precious human capital. Despite the efforts of the World Health Organization (WHO) in testing, the post-2015 development framework must give greater prominence to combating them, he said. “A nation’s wealth lies in the health of its people.”

On peace and security, he emphasized that crime in any society was a destabilizing threat. He also joined in condemning the atrocities recently perpetrated in Syria and Kenya, through the use of chemical as well as conventional weapons. He applauded the Arms Trade Treaty and the United States for the Caribbean Basin Security Initiative, which addressed the illicit flow of foreign-made small arms. He also commended the Republic of China ( Taiwan) for working to advance the economic interests of countries like his own, adding that its participation in international agencies such as the United Nations Framework Convention on Climate Change (UNFCCC) would be meaningful. As for the embargo on Cuba, he described it as a contravention of the tenets of international law regarding the sovereign equality of States, non-interference in their internal affairs, and harmonious coexistence. Saint Kitts and Nevis therefore urged the Assembly to explore new ways to convince all involved to find a solution. “There must be change in 2015.”