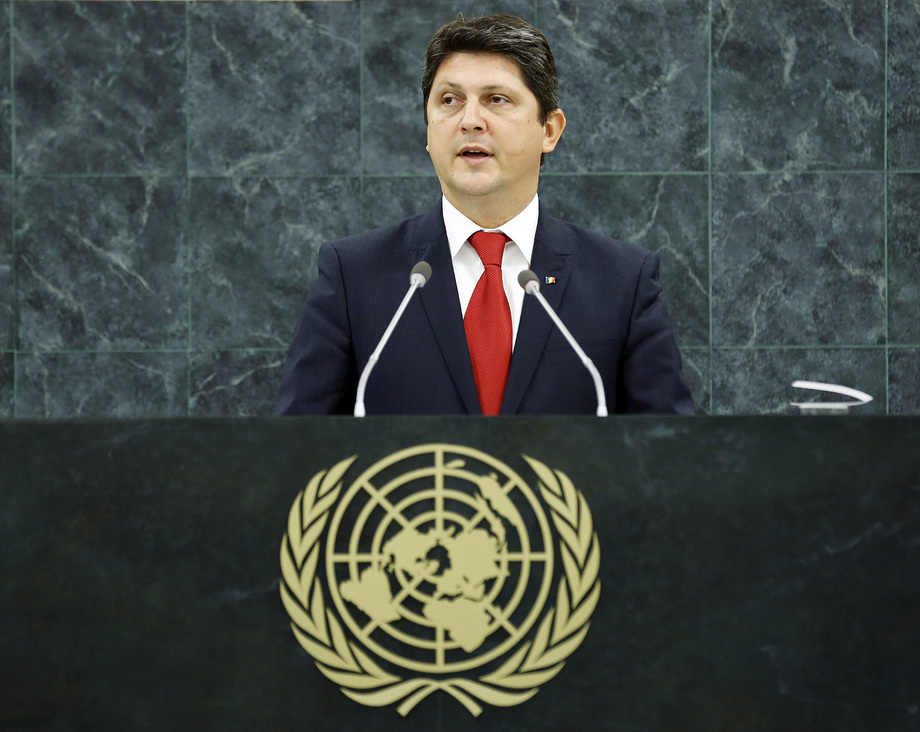 TITUS CORLATEAN, Minister for Foreign Affairs of Romania, associating himself with the European Union, praised the efforts of the international community in Mali, and welcomed other developments in the field of peace and security. He then went on to address the post-2015 development agenda, stating that the establishment of the Open Working Group on the Sustainable Development Goals was an important step towards implementation of the Rio+20 [United Nations Conference on Sustainable Development] outcome document. He welcomed the creation of an intergovernmental committee to analyse options for an effective financing strategy and encouraged its coordination with other relevant processes like the Open Working Group. The time was ripe for defining the global framework of development for the decades ahead, he said. He said the Human Rights Council was fulfilling its mandate, addressing promptly grave violations of human rights wherever they happened. He commended the work of the Independent Commission of Inquiry on the human rights situation in Syria, expressed hope that the Universal Periodic Review mechanism would remain universal and praised the professionalism of the Office of the United Nations High Commissioner for Human Rights (OHCHR). He looked to the “unprecedented” number of people requiring humanitarian assistance in recent months, noting that assistance offered by the United Nations was often the only hope for people’s survival. Despite limited financial resources, he would continue supporting humanitarian activities, he said, citing the work of the Emergency Transit Centre in Timisoara. Recognizing the major contribution to peace, stability and security of United Nations peacekeeping and political missions, he called for its increased engagement with regional organizations in the Black Sea region where some conflicts persisted. Some regions had already seen the dividends of such efforts, he said, drawing the Assembly’s attention to positive results obtained through the Southern-East European Cooperation Process, where regional dialogue repeatedly proved its worth in overcoming differences. Looking ahead, the Process’ members would focus on meeting the challenges of change and interdependence through regional cooperation. He continued, by calling for support for democratizing countries, noting that he would promote a draft on “human rights, democracy and rule of law in the context of post-2015 development agenda”.