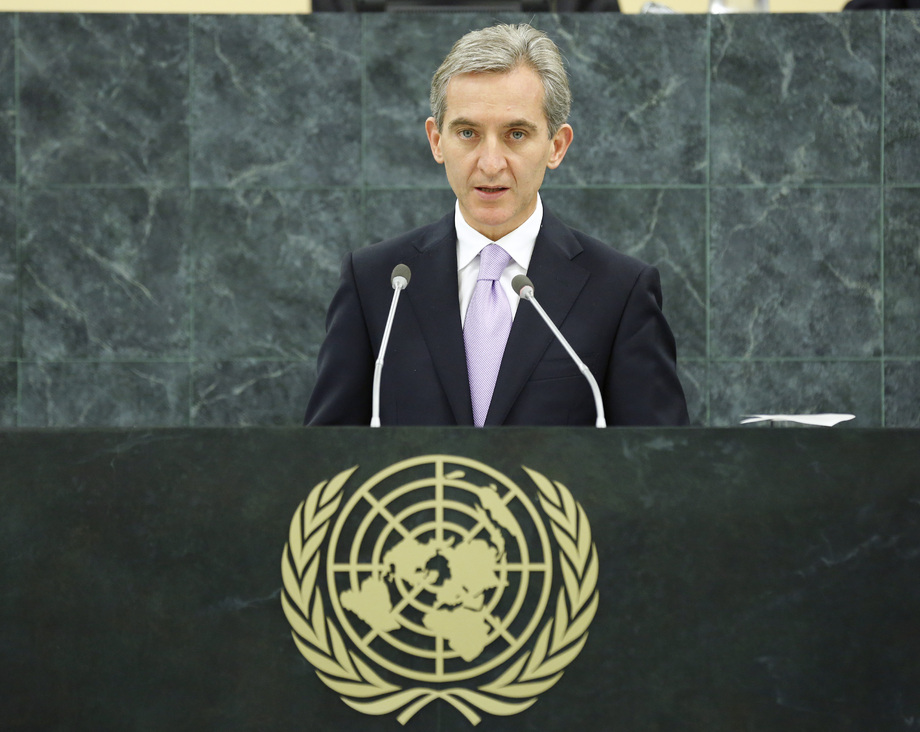 IURIE LEANCĂ, Prime Minister of the Republic of Moldova, said the High-level Dialogue on Sustainable Development would enforce and put into action the three pillars of sustainable development, which were economic prosperity, social equity and environmental protection — along with the commitment of Member States to deliver in those priority areas. It was important to achieve economic development and solve the problems of energy security and make the environment healthy, he said. And the Government was partnering with stakeholders, including the European Union. Equal access to jobs and education, as well as protecting nature needed to be given priority at the United Nations in the coming years, and it was for this reason that all stakeholders should work hand in hand with Governments and the United Nations to channel funding towards projects that were results-based, he added. Regarding migration, he said that it could be beneficial to both the countries of origin and destination, with international cooperation, if strengthened, and appropriate policies were in place. In Moldova, migration had contributed to macroeconomic stability over the years. Investing in human capital was certainly a way out of demographic volatility and was an essential condition for the growth of a country, however, Moldova wished to reduce the dependency between development and migration flows. Moldova was pursuing an intense and comprehensive programme of reform that was political, institution, legislative, demographic, judicial and more, he said. Moldova was committed to building a State based on the rule of law, good governance, transparency and accountability, and had embarked on a new course of technological modernization to enable direct public access to Government services. Such systems would ensure transparency in the relationship between citizens and public officials, combat corruption and reduce bureaucracy. Such reforms were in line with the country’s strategic objective and ongoing efforts towards European integration within the European Union. However, he said that the protracted conflict in the Transnistrian region was a constant challenge as it undermined development efforts in his country. The political settlement of the conflict and the reintegration of the country was a strategic priority, and he envisaged uniting the populations from both banks of the Nistru River, and Moldova was fully committed to dialogue through all channels. His country would continue with a renewed impetus to seek solutions in order to ensure the freedom of movement, improved transportation links and new and real opportunities for business on both banks of the Nistru. On world matters, he said the refugee crisis in Syria magnified the woes of war, as hundreds of thousands of people were displaced. Moldova had offered protection to a number of Syrian refugees, in recognition of the significant burden Syria’s neighbours and other receiving countries faced as they sought to alleviate the Syrian refugees’ suffering and offer them a better chance for survival. He said it was time for all sides to take a step back, find a peaceful solution and build the future for their people rather than pursuing fleeting, treacherous and deadly political goals.