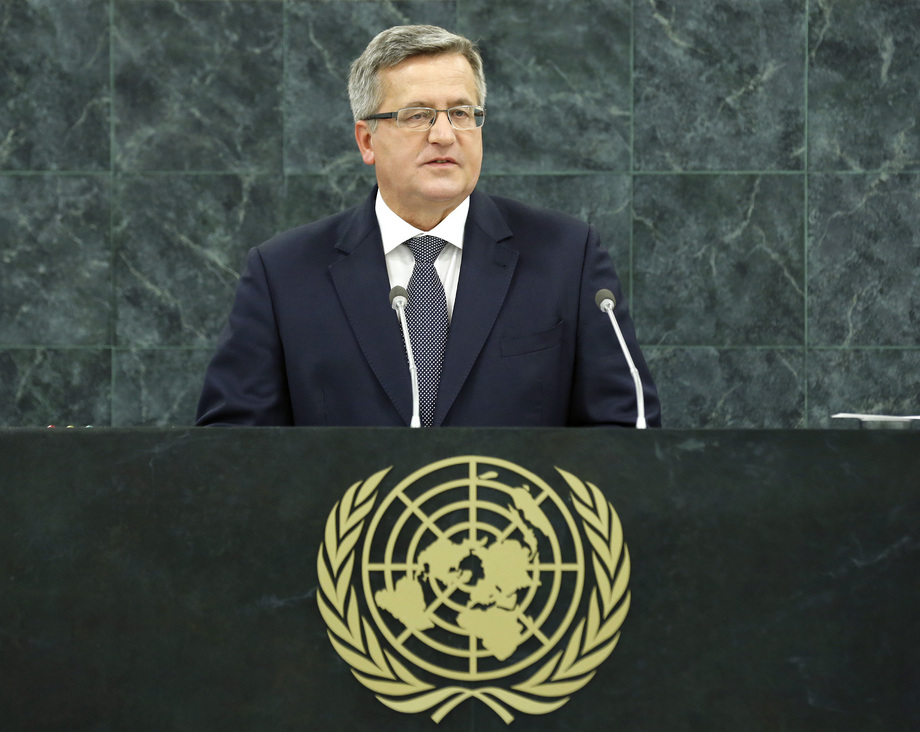 BRONISŁAW KOMOROWSKI, President of Poland, said since its creation, the United Nations had made international relations “more civilized” in many areas. That was satisfying, however, it could also hide the Organization’s weaknesses and ineffectiveness in addressing situations it was set up to resolve. One such example was the conflict in Syria. Regrettably, the members of the Security Council had spoken out for, and supported individual sides in, the Syrian war in various ways rather than make them stop fighting and commit to peace talks. That revealed a lack of capacity and efficiency in United Nations decision-making mechanisms, and the urgent need for reform. He went on to note that the Syrian tragedy was symbolic of a broader phenomenon, namely neglect of agreed international values, norms, and obligations. Too often, the immediate national interests of countries had the upper hand, leading to tragic human rights and humanitarian consequences, he said, stressing that solving the difficult, complex and interrelated problems of the Middle East would require a comprehensive, imaginative, and impartial approach. Recalling Poland’s role in initiating and drafting the Convention on the Prevention and Punishment of the Crime of Genocide, he emphasized that Member States must not allow the erosion of United Nations instruments for the protection of human rights. A mechanism should be established that would, in an objective and uncontroversial manner, force harmonious cooperation between the Security Council’s permanent members in the context of situations falling under the “responsibility to protect” principle, in order to ensure that the prevention of such crimes and the effective response to them prevailed over individual geopolitical interests. Speaking of people’s economic and social rights, he said poverty and underdevelopment were not just human rights issues that undermined the dignity of individuals and social groups, but they also hindered peoples and nations from fulfilling their potential. International efforts aimed at helping underdeveloped regions and countries would enable them to enter the path of sustainable growth and leave behind chronic dependence on external assistance. Citing Poland’s economic achievement in the past two decades, he said unbelievable progress could be made in just one generation, adding that even the most generous foreign assistance could not replace efforts made internally by a country, such as the empowerment of individuals, the stability of the State, and good governance. Finally, he called for support for the country’s pursuit of a seat on the Security Council in 2018-2019, stressing that Poland was an active participant in the international community and was always endeavouring to create a better international order.