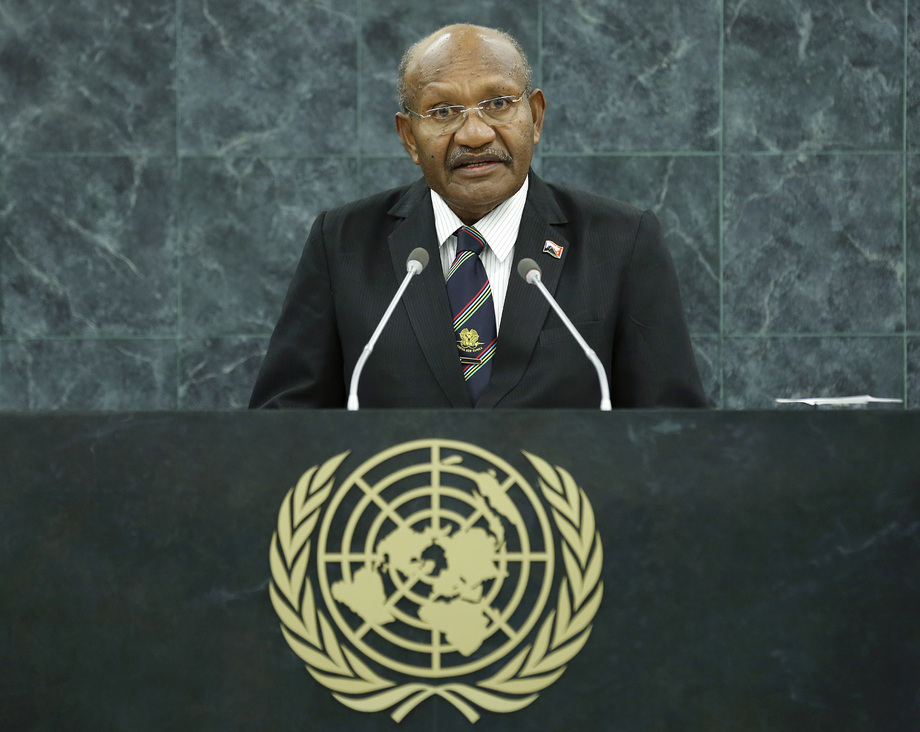 LEO DION, Deputy Prime Minister and Minister for Inter-Government Relations of Papua New Guinea, said his country’s unprecedented economic growth was due to stable Government as well as responsible, sound monetary and fiscal policies. Half of the 2013 federal budget had been spent on education, basic health care, law enforcement and critical infrastructure improvements. The Government was committed to public-private partnerships to spur national development, and to investing in provincial and local governments so as to improve the delivery of services to rural communities. It was reviewing tax policies to encourage strategic investments in areas critical for economic development, and had adopted a national anti-corruption strategy as well as an independent task force with powers to investigate and prosecute.

The Government was committed to addressing human rights concerns, including gender-based violence, sorcery-related deaths, poor social services and low representation of women in both the public and private sectors, he said. Much of the analysis of Papua New Guinea in the international human rights and human development arenas was exaggerated and paid scant attention to the Government’s positive efforts to promote basic rights for all. The Government had ratified the Convention on the Rights of Persons with Disabilities and deposited the instrument of ratification with the United Nations. It had a bilateral agreement with Australia to resettle asylum seekers, he said, calling on States to address the root causes of displacement and dislocation, and to combat human trafficking and smuggling.

He said that, in the spirit of South-South cooperation, his country was sharing the benefits of natural-resource development with neighbouring Solomon Islands, Fiji, Tuvalu, Marshall Islands, Tonga and Samoa. Through the Melanesian Spearhead Group, it was also forging strong trade, investment, education, judicial and cultural ties to facilitate the movement of skilled people. Papua New Guinea, alongside other Pacific small island developing States, had called for the inclusion of oceans as a stand-alone sustainable development goal, he said, adding that those States should remain a special case for development. While they contributed the least to climate change, they suffered the most from its impacts and risked being submerged by rising sea levels, he pointed out. Papua New Guinea supported the Majuro Declaration on Climate Leadership, adopted by Pacific Island Forum leaders, he said.

Turning to Syria, he condemned the use of chemical weapons there, urging full compliance with the Chemical Weapons Convention and hailing the Security Council’s resolution on dismantling Syria’s arsenal. Since October 2011, Papua New Guinea had contributed troops to the peacekeeping missions in Sudan and South Sudan, and earlier in 2013, it had joined the Special Committee on Peacekeeping Operations. Concerned by the lack of progress on disarmament and nuclear non-proliferation, he called on the United Nations to revitalize work in that area, and welcomed the adoption of the Arms Trade Treaty. It also welcomed the Secretary-General’s leadership in reforming the Organization, and called for robust, constructive reforms in the face of growing budgetary constraints.